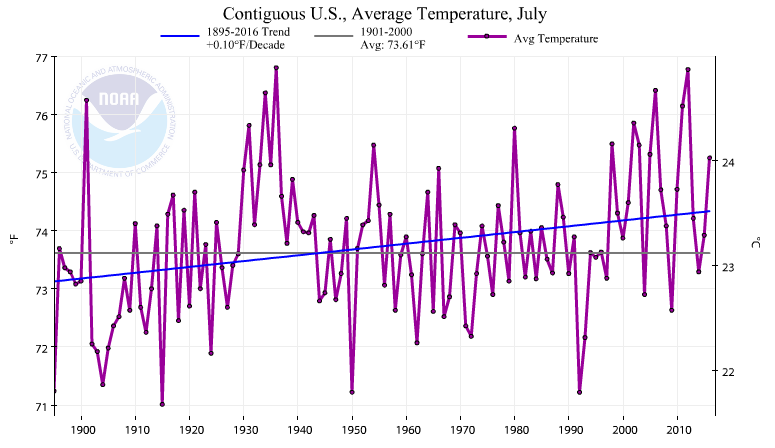 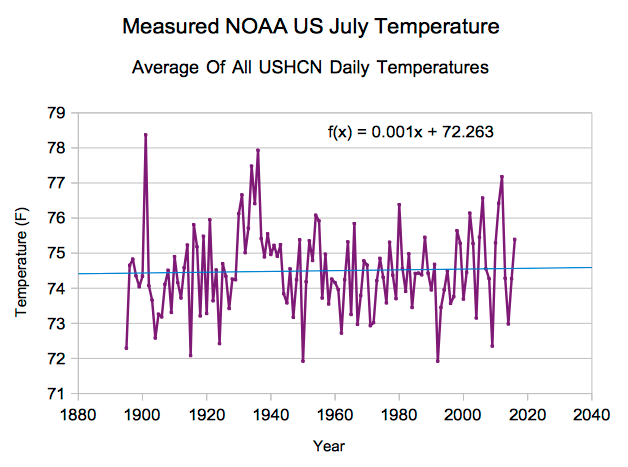 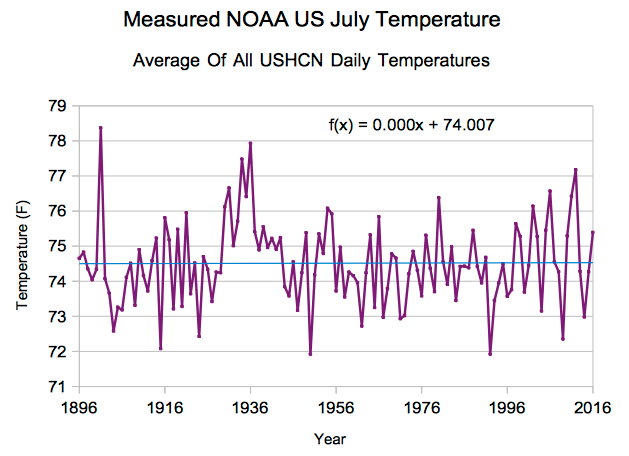 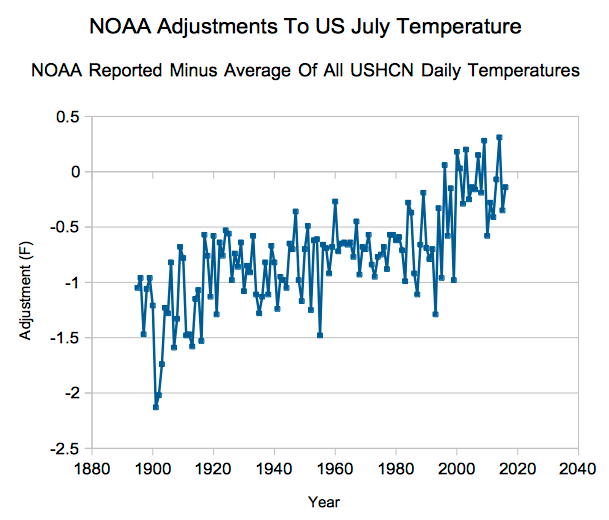 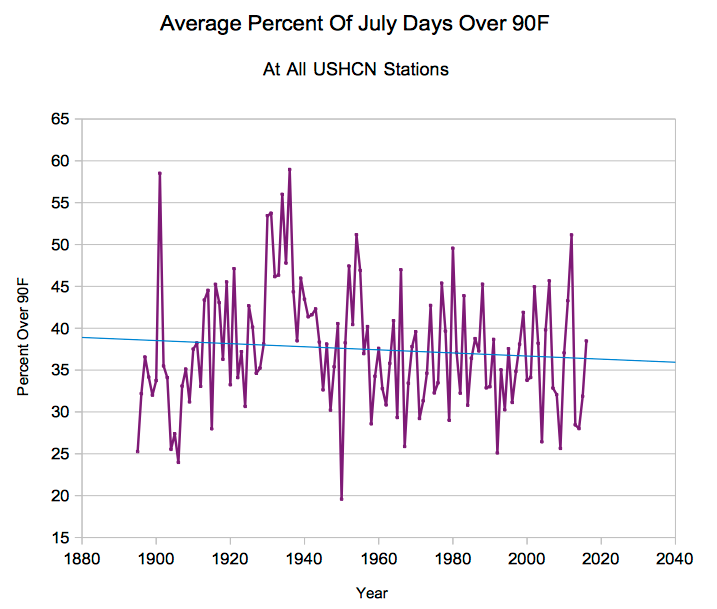 Another very good measure of how fraudulent the NOAA graph is, is the number of July daily maximum temperature records. The 1930’s were much hotter than any recent years. 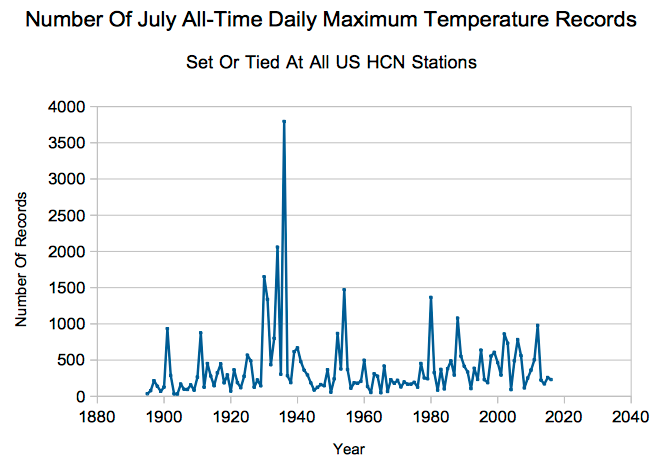 The claimed warming trend in the US is completely fake, and is altered by people at NOAA who are being paid to push the global warming agenda. Before they were paid to push anthropogenic warming, the very same people at NOAA (i.e. Tom Karl) knew that there was no US warming. 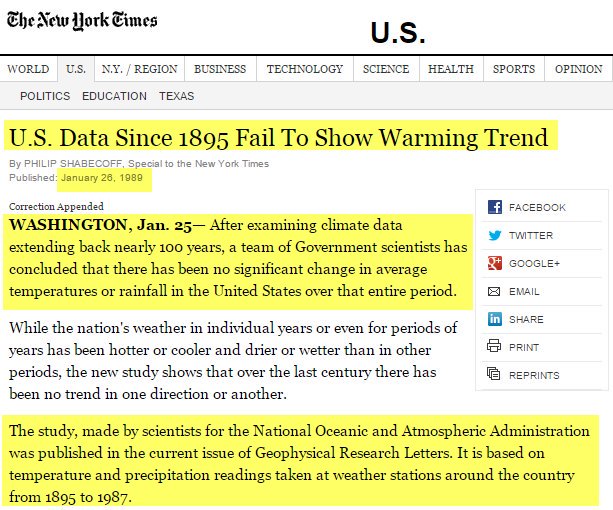 The US makes up less than 10% of the land surface, but contains the majority of the high quality long term temperature monitoring stations for this planet. The global surface temperature record is a farce, which is why the US data is so important.

12 Responses to NOAA Adjustments Increase US July Warming By 1,000%