Obama Demonstrates That Trump Was Correct About China

Four years ago Donald Trump said that global warming is a scam intended to benefit the Chinese.

The treaty which Obama made with China (and McConnell/Ryan refused to block) does exactly what Trump said it does. It requires the US to lower its CO2 emissions and authorizes China to increase its CO2 emissions until the year 2030.

China’s CO2 emissions are skyrocketing and will continue to do so for another 15 years. 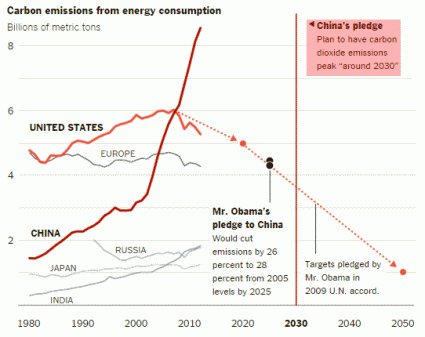 The climate scam has nothing to do with climate. It is just one more way for Obama to hurt the US.

23 Responses to Obama Demonstrates That Trump Was Correct About China