I’m headed to DC shortly, land of cherry trees and politicized science. Angela Fritz at the fake news Washington Post is back pushing the climate scam, claiming that cherry trees are blooming earlier than they used to.

Not to mention that Virginia hit 88 degrees in February, 1946

A few years ago the fake news Washington Post was forecasting blooming beginning in January.

Two years ago the Potomac was frozen solid on March 7. 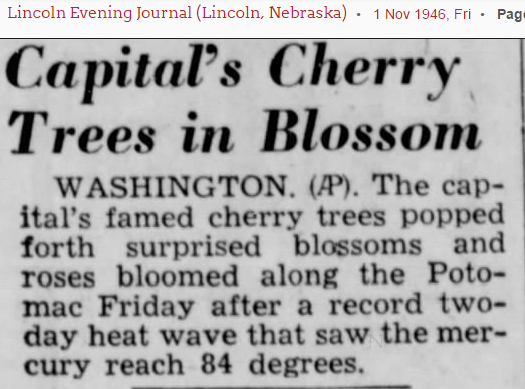 38 Responses to Picking Rotten Cherries At The Washington Post