Posted on February 8, 2017 by tonyheller

Washington State Senator Reuven Carlyle started out yesterday’s hearing by attacking me for having a different opinion, criticizing NASA, making him uncomfortable and presenting “barely 1950’s era science.”  The Senator’s attack was rather remarkable, because he hadn’t heard my presentation yet. I’m not surprised Senator Carlyle is obsessed with the 1950’s, because that was the era of Senator Joe McCarthy – whom Democrats accuse of viciously attacking people for holding different beliefs. 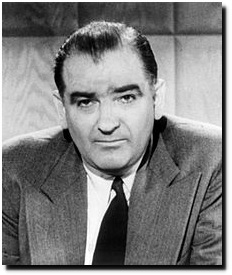 NASA was created in the 1950’s, and their first accomplishment was the X-15 aircraft which flew at Mach 6.7. The early days of NASA was a time of great achievement. President Trump plans to make NASA great again. 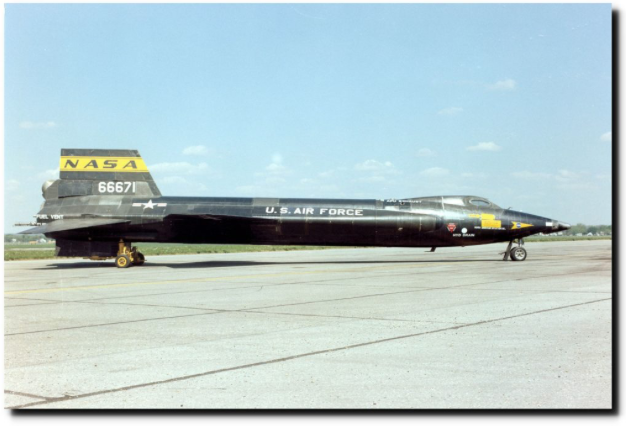 The 1950’s was the decade when Dr. Edward Teller led the American effort to build a thermonuclear bomb. Dr Teller was one of more than 9,000 PhD scientists who signed the Global Warming Petition Project – to end the global warming scam which Senator Carlyle is pushing. The 1950’s was the era of President Eisenhower, who warned us about the military industrial complex, and the “danger that public policy could itself become the captive of a scientific-technological elite.“

We must never let the weight of this combination endanger our liberties or democratic processes. We should take nothing for granted. Only an alert and knowledgeable citizenry can compel the proper meshing of the huge industrial and military machinery of defense with our peaceful methods and goals, so that security and liberty may prosper together.

In this revolution, research has become central, it also becomes more formalized, complex, and costly. A steadily increasing share is conducted for, by, or at the direction of, the Federal government.

Today, the solitary inventor, tinkering in his shop, has been overshadowed by task forces of scientists in laboratories and testing fields. In the same fashion, the free university, historically the fountainhead of free ideas and scientific discovery, has experienced a revolution in the conduct of research. Partly because of the huge costs involved, a government contract becomes virtually a substitute for intellectual curiosity. For every old blackboard there are now hundreds of new electronic computers.

The prospect of domination of the nation’s scholars by Federal employment, project allocations, and the power of money is ever present – and is gravely to be regarded.

Senator Carlyle has business interests in “green energy.”  Not surprising he is pushing this scam. What is surprising is that Democrats have become everything they claim to hate. Intolerant, non-inclusive and incredibly rude.

Washington State used to have one of the best governors in the country, Dr. Dixie Lee Ray was a top scientist who completely understood the global warming scam.

R&L: Could you describe the progress of environmentalism from its earlier days to the current radical, “Earth First!” type of activists? How did it so obviously drift so far to the left?

Ray: The only way that could have happened was for the misguided and false information, much of it very hysterical or dramatic, like the earth is warming and the ozone has a hole, and all that kind of thing— could not have lead to the passage of laws and regulations that affect everyone’s lives were it not for the cooperation of the press. It is the press that has taken these charges and accusations and blown them up without any kind of skepticism whatsoever—blown them into realities and treated them as if they were true. A simple example:

We have heard recently the charge that supposedly because of the chemical chlorofluoro-carbons that humans make for use as a refrigerant, that molecules of that substance get into the stratosphere, destroy the ozone, and therefore allow ultra-violet light to penetrate. We know that the greatest amount of flux in the ozone in the atmosphere is over the Antarctic, because the sun is down below the horizon during the Antarctic winter. This is background.

The charge is that the ozone is so destroyed that the amount of radiation coming through has caused cataracts in the wildlife—rabbits for example—and in the sheep in Patagonia, New Zealand, and so on. That was printed in the popular media without the reporters ever asking any questions about these so-called cataracts and the blindness.

Also, they were puzzled. They were able to contact some knowledgeable people in radiation, physicists who knew how much ultraviolet radiation was turning up near the South Pole and could not understand how that small amount of radiation could possibly cause cataracts. If it could, then seven out of ten people would be walking around with white canes.

Finally, one radio station in California, in Orange County, sent a reporter down to investigate. He went to Patagonia and saw that indeed many of the sheep and rabbits were blind. Not being a doctor, he didn’t know the cause of blindness but was able to get the eyeballs of some the animals who died and sent them to the medical research laboratory at the University of California. They found no cataracts whatsoever.

The sheep were going blind from an epidemic of pink eye, which is very common among certain types of wild animals and cattle. In fact, one of the best ways to treat pink-eye is a little exposure to ultraviolet light, which kills the yeast that causes it!

Reporters no longer ask for verification, thus they print charges no matter how outlandish they may seem, and once having done that, when the truth comes out, it’s buried in the back page or never makes it on the air at all.