Last week homeless people started a fire west of Boulder, which was immediately blamed by the locals on climate change.  This letter was published three days ago.

Pretty soon we will be faced with a year-round firefighting season.

It has hardly stopped raining since then. Boulder is getting wetter, with 2013 being the wettest year on record.

One year ago this week, we were buried in snow.

The Thing Of The Past | The Deplorable Climate Science Blog

In 1898, forest fires covered the entire length of the Rockies in Colorado.

Forest fire burn acreage has plummeted in the US over the past 80 years.

As far as flooding goes, the 1894 Boulder flood was much larger than the 2013 flood. 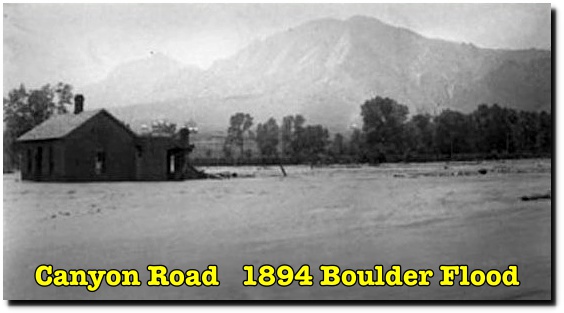 So far it seems the flow at 14th St on Boulder Creek downtown has just been 3,100 cfs whereas the 1894 event was four times that.

Progressives have been trained to hate themselves and hate their country, so they naturally gravitate towards any theory which can make them feel bad about themselves. They think they need a carbon tax, but actually they need a psychiatrist.