I was at the beach on the south coast of England in mid-July, 2003. It was bitter cold.

A few days later a major heatwave started, and climate experts immediately declared the hot weather to be the new normal for Europe’s climate. 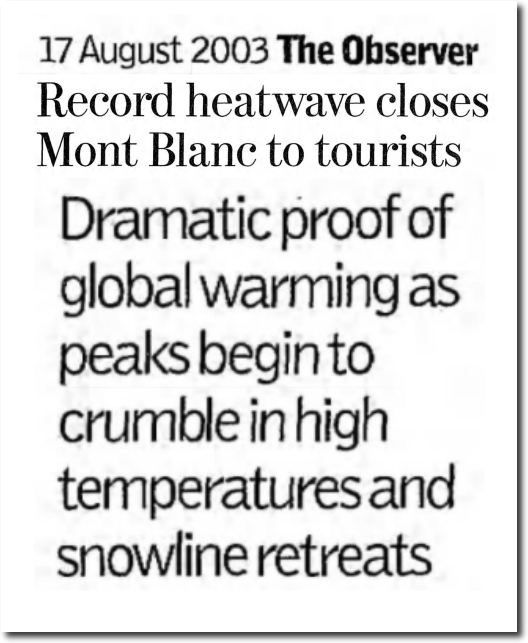 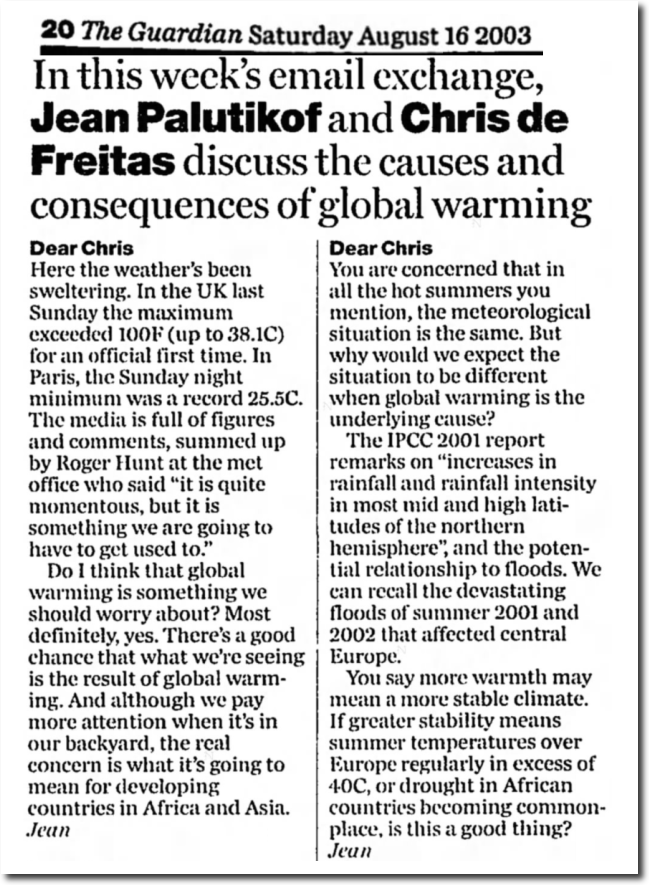 A heatwave like that never happened again. These crooks repeat the same scam every time they don’t like the weather, and the press and brainless progressives suck it up. There is no indication that heatwaves are getting worse.  Not one shred of evidence behind that assertion.