Government climate scientists “from 13 agencies” are committing their usual felonies today, assisted by the their partners in crime at the New York Times. They want President Trump to approve a wildly fraudulent report which claims that US temperatures are rising drastically “since 1980.” 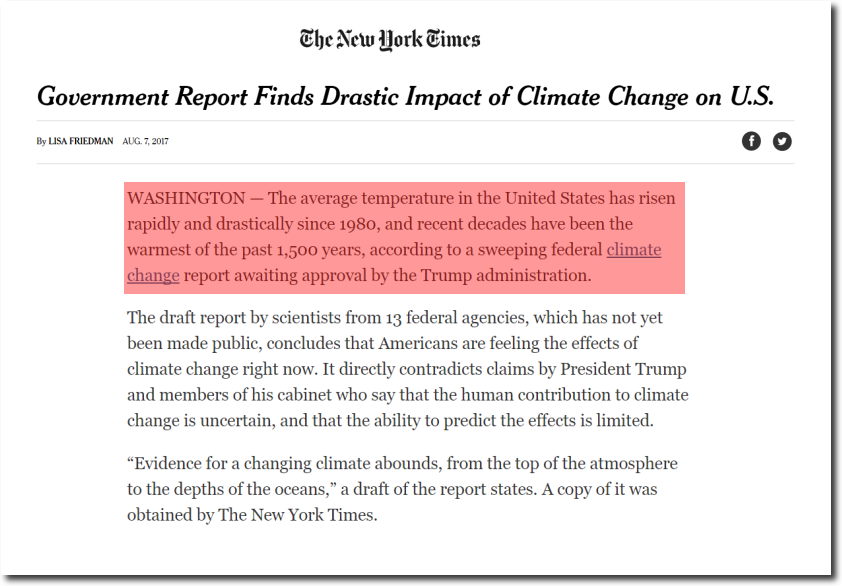 Before data tampering, NOAA US data shows that maximum temperatures are plummeting in the US. 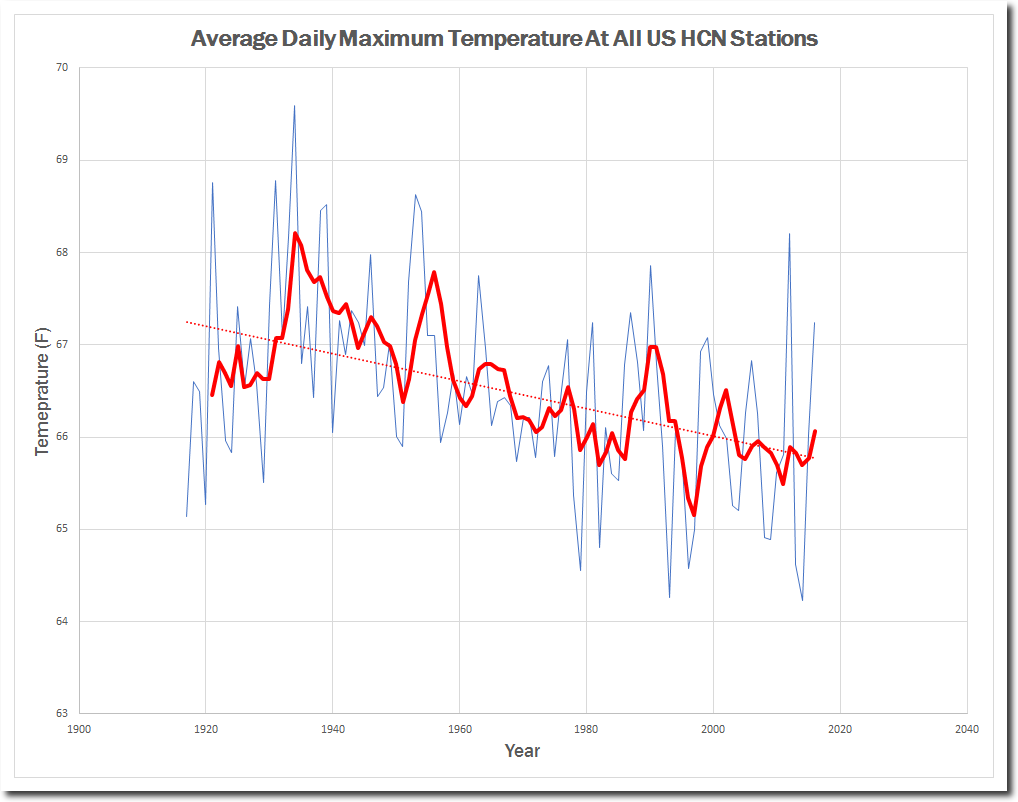 But look what they did! 1980 seems like an odd year to start a trend, until you look at the data. 1980 was the end of  the coldest period of the last century in the US, so they were able to create a fake upwards trend which they declared as “drastic.” Besides the cherry picking and all their other lies, government climate scientists are also massively altering the US temperature data.

Make no mistake about it. These people are hard core criminals who are extorting money and power from the government through fraud, conspiracy and lies. Climate racketeering.

29 Responses to Climate Scientists Trying To Influence Policy Through Fraud