Rewriting History At The Ministry Of Truth

Usually I focus on how the climate mafia rewrites historical climate data, but they are just as willing to rewrite people’s words.  On the eve of the election August 16, 2010, Julia Gillard said “There will be no carbon tax under the government I lead.” She wasn’t quite as good at lying as her boyfriend Barry. 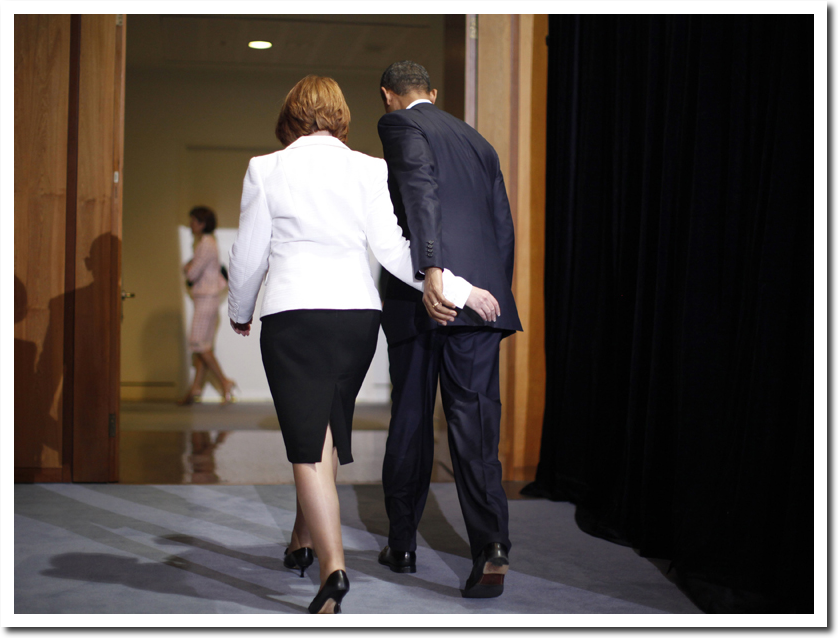 So the press simply rewrote what she said, adding “but let me be clear: I will be putting a price on carbon and I will move to an emissions trading scheme.” In his sights: Covert Kevin’s mission to get Julia

The “but let me be clear” phrase was actually an Obama favorite.  Gillard never said anything like that.  Here is the actual conversation.

There seems to be no limits on how corrupt and dishonest the left and their propagandists in the press are willing to be.

14 Responses to Rewriting History At The Ministry Of Truth