Fraudster Barack Obama was in Alaska last week, and said :

Alaska has warmed about twice as fast as the rest of the United States.

Remarks by the President at the GLACIER Conference — Anchorage, AK | whitehouse.gov

According to the University of Alaska, the state has cooled 0.1 degrees since 1977, and almost 75% of the stations have cooled. 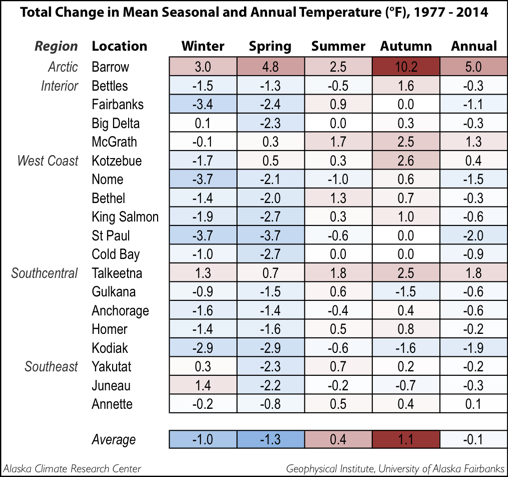 Barrow’s warming is due mainly to the fact that there is less multi-year ice than there was in 1977, so autumn ocean freezing releases a lot of latent heat from the Chukchi and Beaufort Seas.

2 Responses to 75% Of Alaska Stations Have Cooled Since 1977