Posted on September 1, 2015 by tonyheller

After his spectacular post-2005 hurricane forecast failure (10 years of no major US hurricanes) Kerry Emanuel has crawled back out of his hole for a repeat.

in a new study in Nature Climate Change, Princeton’s Ning Lin and MIT’s Kerry Emanuel demonstrate that when it comes to three global cities in particular — Tampa, Fla., Cairns, Australia, and Dubai, United Arab Emirates — there could come a storm that is much worse than anything in recent memory (or in any memory).

This is also the exact same BS they were saying 30 years ago.

America’s most powerful hurricane hit Florida this week in 1935. 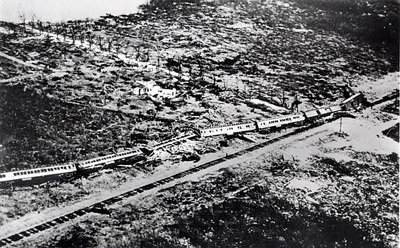