Shortest Melt Season On Record In The Arctic

Using DMI’s 30% concentration ice as the measure of extent, 2015 was the shortest melt season on record in the Arctic. Ice peaked around March 25, and bottomed around September 3. The melt season was about three weeks shorter than average. 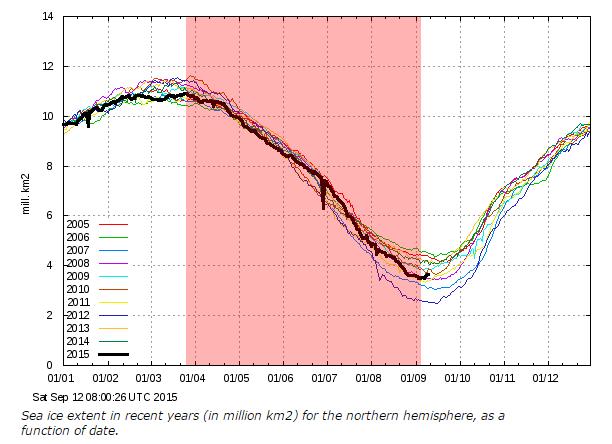 The drop in extent during the second week in August, was due to cold winter storms breaking up ice in the Beaufort Sea. This made alarmists very happy, because it gave them a small excuse to lie about Arctic temperatures.

7 Responses to Shortest Melt Season On Record In The Arctic