Boulder is the world’s epicenter of climate fraud. Check out today’s fundraising BS from NSIDC.

Scientists who have been raising alarms about the endangered ice sheet of West Antarctica say they’ve identified a key glacier that could pose the single most immediate threat to the world’s coastlines — and are pushing for an urgent new effort to study it.

The glacier is not one that most Americans will have even heard of — Thwaites Glacier along the Amundsen Sea. It’s a monstrous body that is bigger than Pennsylvania and has discharged over 100 billion tons of ice each year in recent years.

Mindless propaganda. At that rate of loss, it will 3,000 years for sea level to rise one meter. Greenland has gained over 100 billion tons of snow in the last four weeks.

The glacier is both vast and vulnerable, because its ocean base is exposed to warm water and because of an unusual set of geographic circumstances that mean that if it starts collapsing, there may be no end to the process. But it’s also difficult to study because of its location — not near any U.S. research base, and in an area known for treacherous weather. As a result, the researchers are also calling for more support from the federal government to make studying West Antarctica’s glaciers, and Thwaites in particular, a top priority.

More BS. The water around West Antarctica has been running below normal temperature for years.

“In some scenarios, the next 50 years or 100 years could see, you could begin to see very rapid ice loss from central West Antarctica. It’s the wild card,” said Ted Scambos, the lead scientist at the National Snow and Ice Data Center who chaired a meeting earlier this month of West Antarctic scientists outside Loveland, Colorado.  Thwaites, says Scambos, has “much more upward potential than we realized.”

The process Scambos is describing has been going on for centuries. It has nothing to do with humans and there is nothing we could do about it. 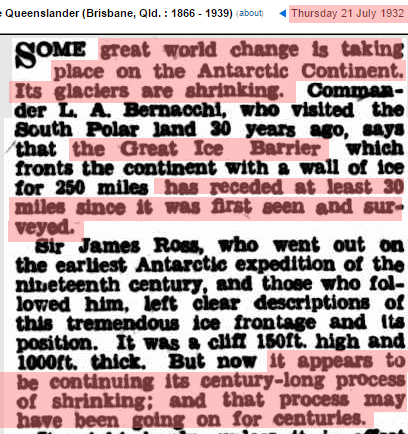 Scambois is pushing exactly the same fairy tale which scientists were using to raise money 70 years ago. 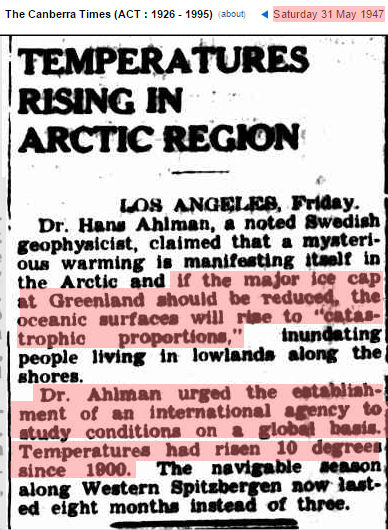 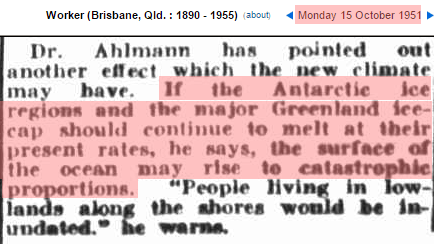 It is all about the money and politics. This has nothing to do with science.

12 Responses to Fundraising At NSIDC