More Off Scale Fraud By NASA

Gavin and NASA have done so much data tampering to the global temperature record since 1999, they had to nearly double the size of the Y-axis. And as an added bonus, they erased the cooling from 1940 to 1970 – just as they planned to do.

Note that they have adjusted data far outside their own error bars, by an obscene margin. 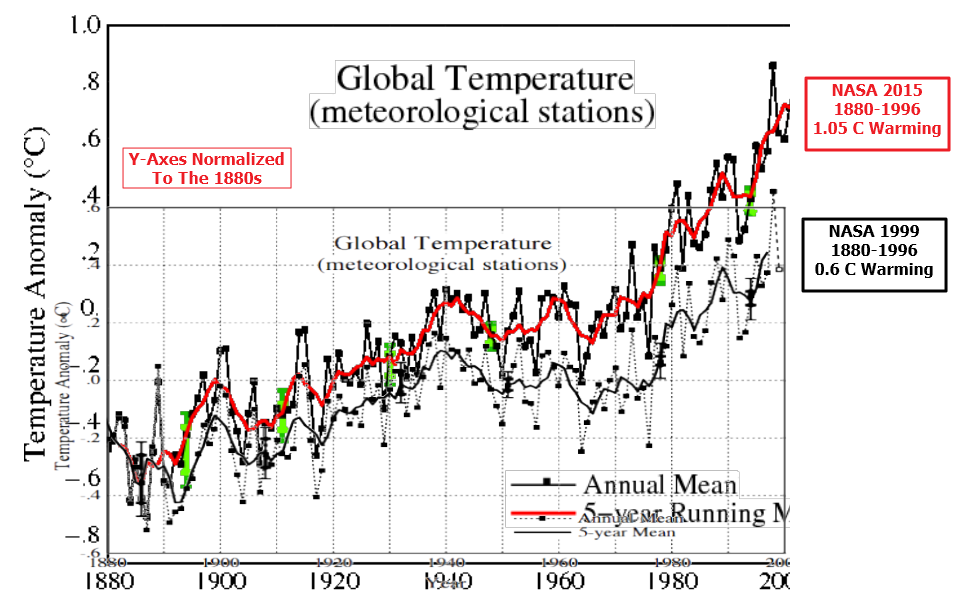 3 Responses to More Off Scale Fraud By NASA