Criminals at NOAA are claiming that sea level in the San Francisco Bay is rising to catastrophic levels. 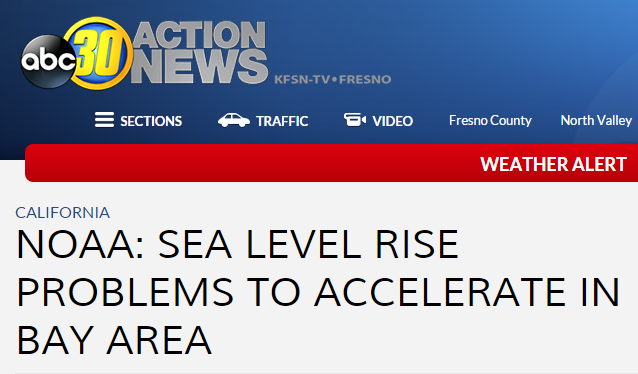 Their own data shows that there has been no change in San Francisco Bay sea level for decades.

In summary. There has been no sea level rise in the San Francisco Bay, and no source of melting ice to raise sea level. The NOAA claims are 100% fraudulent, are not based on any science, and only exist to push the White House political agenda.