However a composite of 1976 NOAA/National Academy Of Sciences temperatures (taken from National Geographic in 1976) with current UAH V6 temperatures shows that the Northern Hemisphere is not much warmer now than it was in the 1930’s.

The next image overlays the CRU graph on the previous graph, and shows how the past has been cooled and the present warmed, to make the fake hockey stick of warming.

So how do I know that the CRU data is garbage? Because glaciers don’t lie. The 1976 National Geographic article described “abnormal warmth that prevailed in the first half of the century” and showed how glaciers disappeared during that time. CRU has made this warmth disappear. The warming and melting ice of the was well established in many references from the leading experts of the time. 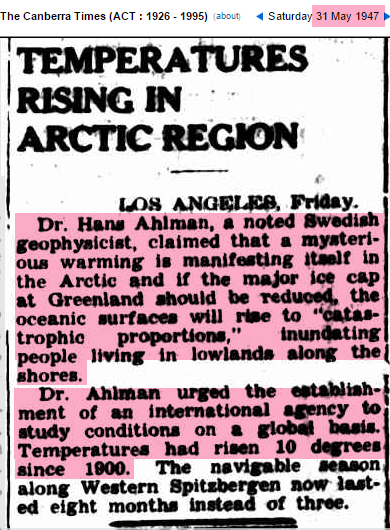 The glaciers of Norway and Alaska lost half their mass before 1950. 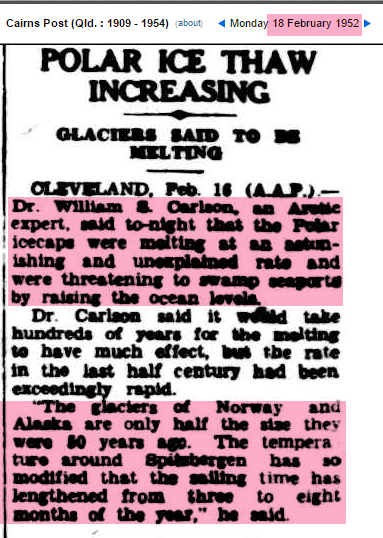 Norwegian glaciers were growing again during the 1970’s ice age scare, which has also been erased by government climate criminals. 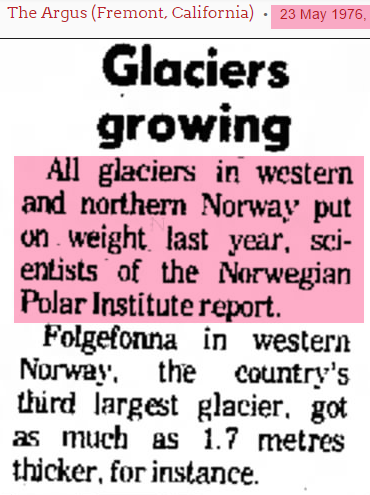 Phil Jones at CRU planned with other scientists to make the 1940’s warmth disappear. And that they did.

Mike,
Can you delete any emails you may have had with Keith re AR4? Keith will do likewise… Can you also email Gene [Wahl] and get him to do the same? I don’t have his new email address. We will be getting Caspar [Ammann] to do likewise.
Cheers, Phil