Trouble Ahead For Climate Alarmists 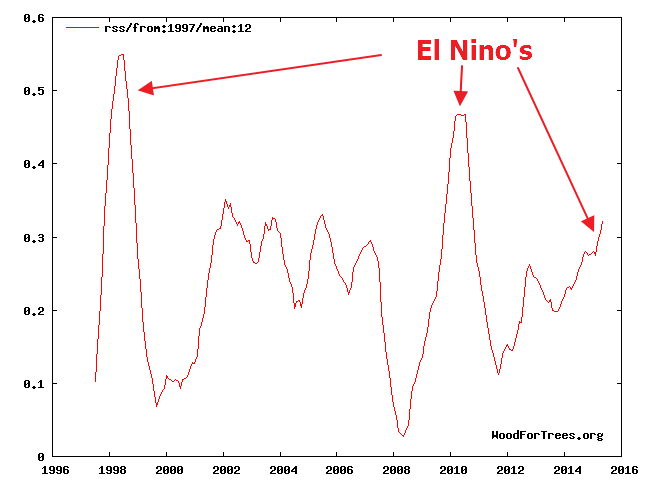 Normally El Nino produces a large spike in temperature in the lower troposphere, like in 1998 and 2010. But this year’s record El Nino failed to do that, indicating that some other effect is suppressing temperatures. The El Nino is collapsing, and in a few months temperatures are likely to plummet. Then they will have to take credit for saving the planet at COP 21 – and move back to the global cooling scam.

“We cooled the planet too much!”

4 Responses to Trouble Ahead For Climate Alarmists