The Union of Concerned Scientists, Penn State University, and the Pennsylvania Department of Environmental Protection put out a spectacularly fraudulent report in 2012 claiming that hot days are going to become much more common in Pennsylvania. 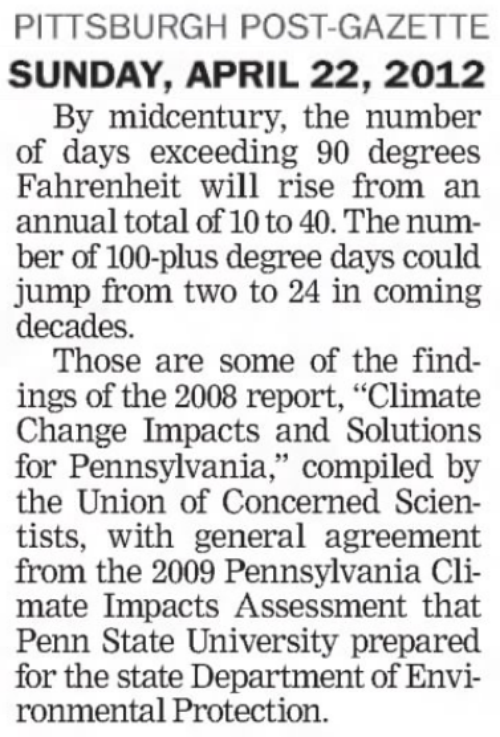 It took me less than five seconds of looking at Pennsylvania data to determine that the report was fraudulent.

The number of 90 degree days in Pennsylvania has been dropping since the start of records in 1895. They peaked in the 1930s, with another spike in the 1980s. Ninety degree days occur only half as often now in Pennsylvania as they did during the 1930s. Interesting to note that the highest year was 1988, when James Hansen gave his testimony to Congress. 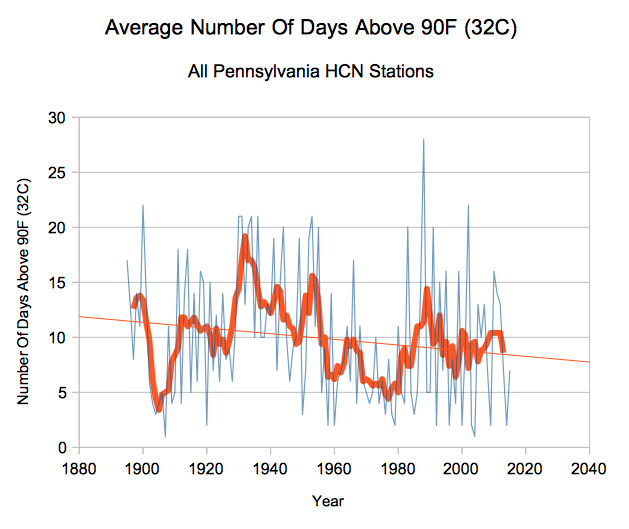 The number of 100 degree days has also been dropping, with only two years since the 1960’s averaging at least one 100 degree day across the state.  One hundred degree days have become very rare in Pennsylvania as CO2 has increased. 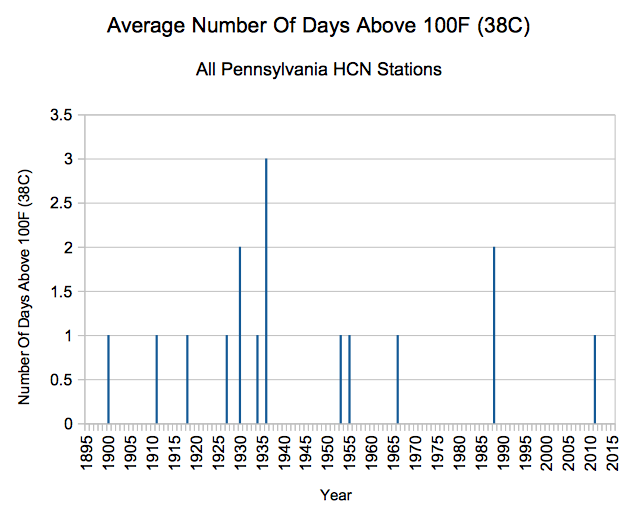 As with essentially every single government funded climate report, this one has no basis in science – and is an intentional attempt to mislead the public. UCS also says that winters in the Northeast are becoming less snowy.

They are attempting to steal money from sincere people through fraud, exactly like Bernie Madoff. 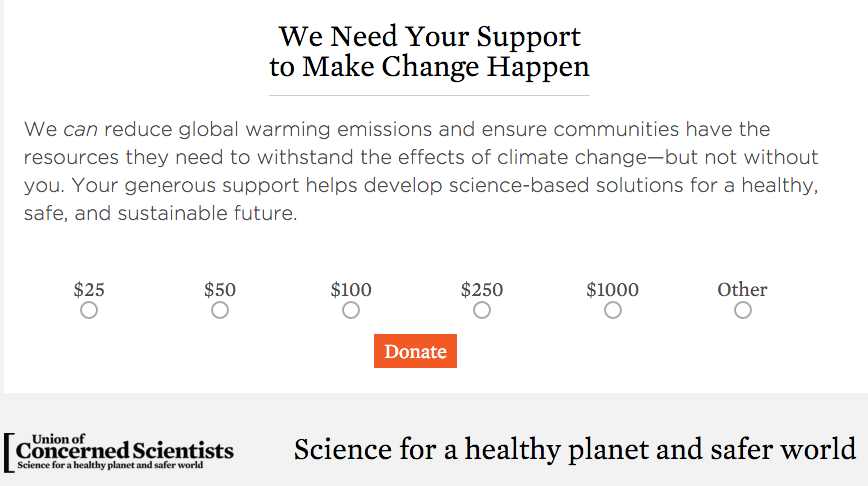