NOAA claims that their Arctic ice records began in 1979 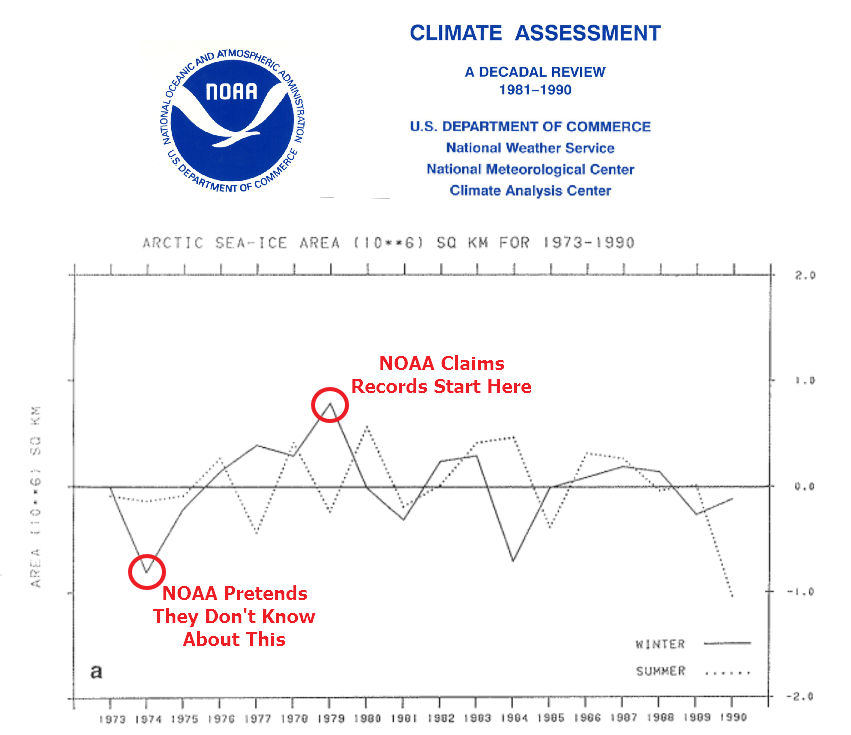 The 1990 IPCC Report showed the same thing, in more detail. 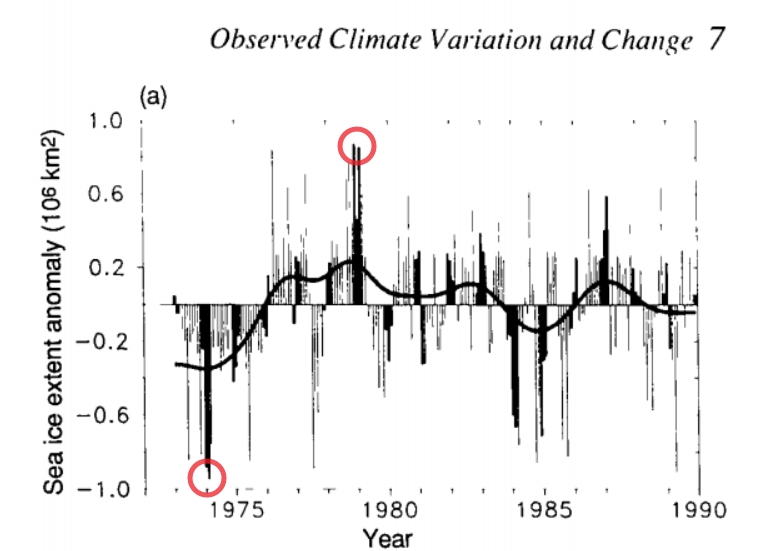 I overlaid the NOAA 1979 to 1990 Arctic ice area graph on the current UIUC graph below, and it becomes clear why NOAA doesn’t want you to know about the pre-1979 data. Winter ice area in 1974 was only slightly larger than this year. NOAA wants you to believe that Arctic ice is declining linearly, when in fact it is cyclical. We keep hearing hysterical pronouncements about Arctic sea ice from government agencies, when in fact there has been no net change over the past decade. 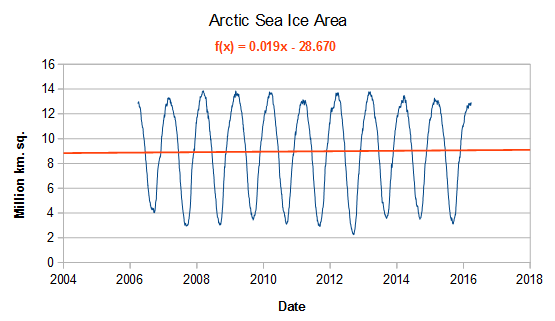 The Arctic lost a lot of multi-year ice due from 1988 to 2007, due to winter winds  blowing the ice out into the North Atlantic. This pattern has reversed, and the winter ice is being retained now.