NOAA’s US Climate Extreme’s Index (CEI) shows that the area of the US affected by unusually hot weather has increased steadily to record highs since 1980. 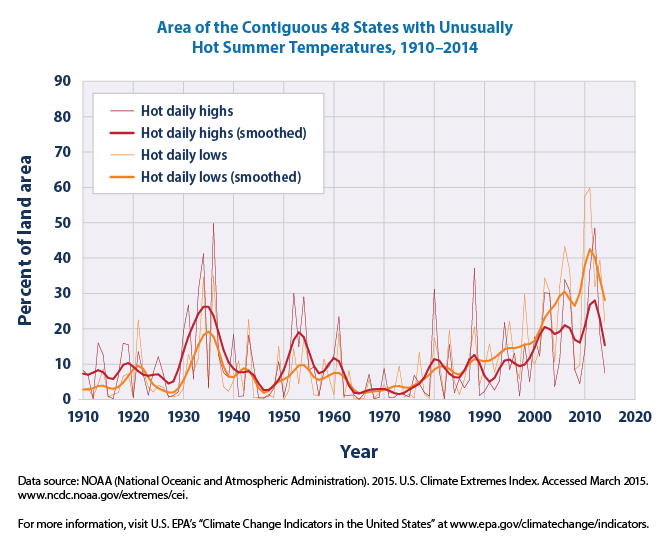 The graph below shows just the daily highs. 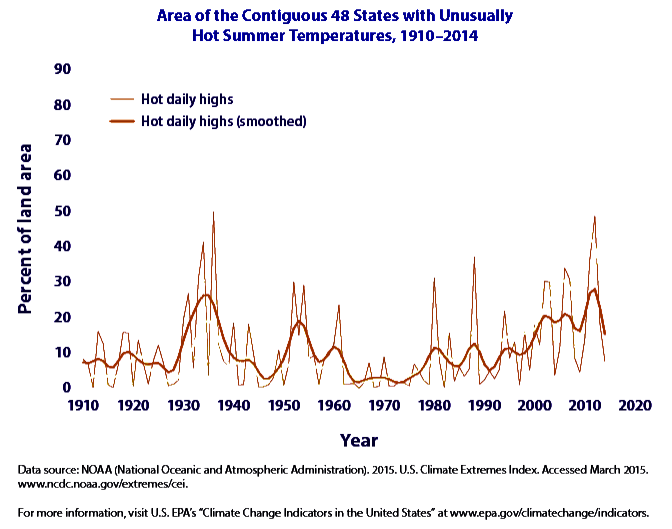 The NOAA graph is not consistent with their raw data, which shows no such increase in the area of the US affected by unusually hot afternoon temperatures. 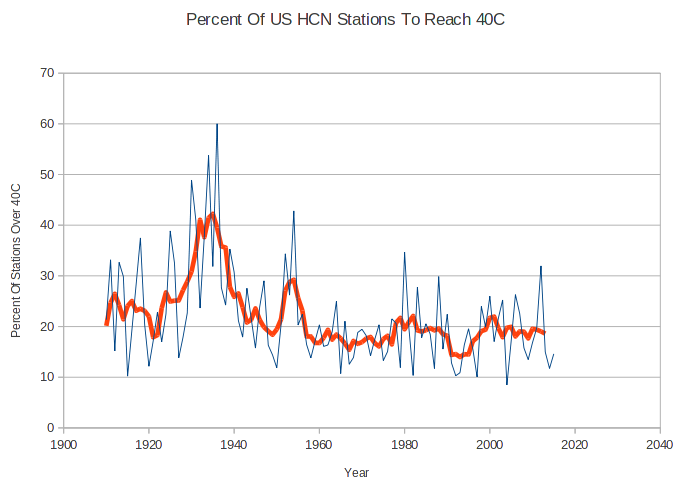 I overlaid the actual NOAA data on the NOAA CEI graph below.  The graphs were similar until about 1980, when the CEI graph sharply diverged from the underlying data. 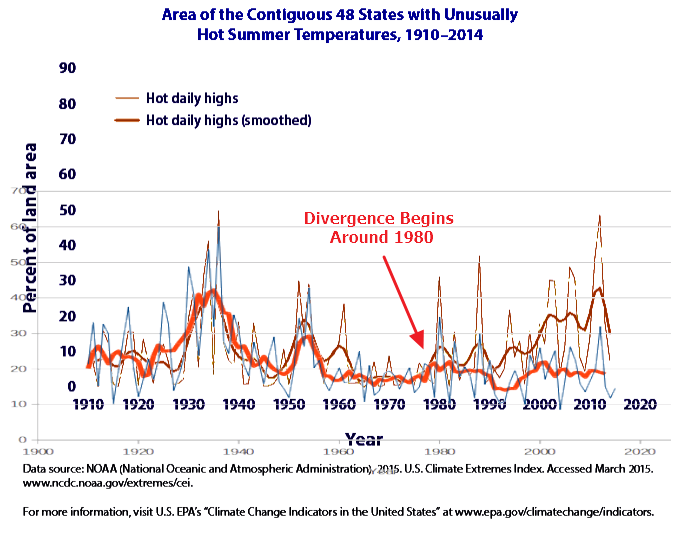 What could have caused this divergence?  The primary factor is that the amount of fabricated data used by NOAA has increased since 1980 from 12% to 47%. If NOAA doesn’t have station data during a particular month, they simply make the data up for that station. For some reason, they have been losing huge amounts of data in recent years, and now almost half of their data is fake. 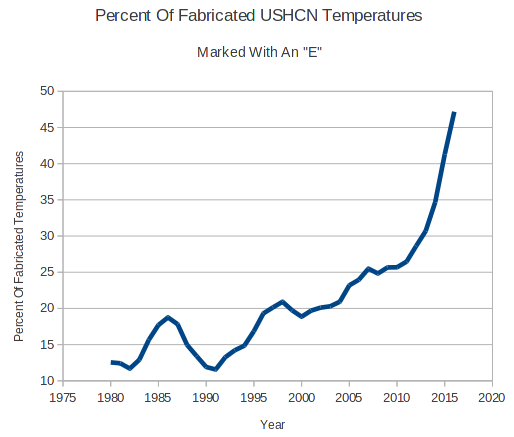 I believe that they are losing cooler rural stations, and are using modeled data from hotter urban stations to fill in the missing data.

It also should be noted that this is not a temperature threshold issue. We see the same pattern if the threshold is set to 35C. 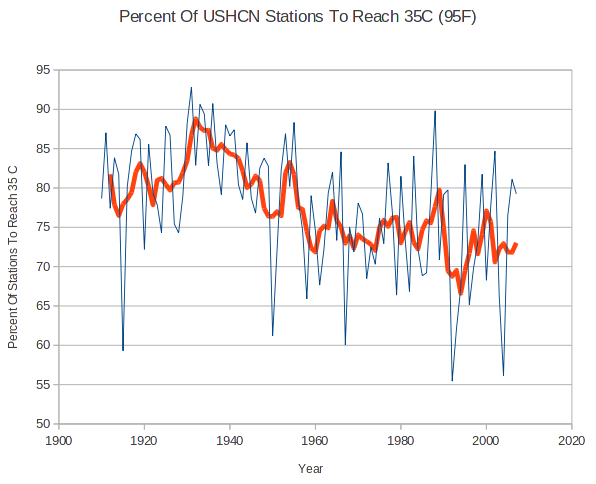 The CEI is a classic example of US Government junk climate science. They have created a fake warming trend which is the exact opposite of reality.

2 Responses to NOAA’s US Climate Extremes Index Is Fraudulent