In 2012, I caught NSIDC cheating, just as Arctic sea ice extent was about to cross above the 1979-2000 average. They changed their measurement system using a completely bogus mathematical trick. NSIDC argued with me about it for a while, and eventually admitted that their nature trick was garbage.

They have done a much bigger cheat this time, in order to generate this propaganda: 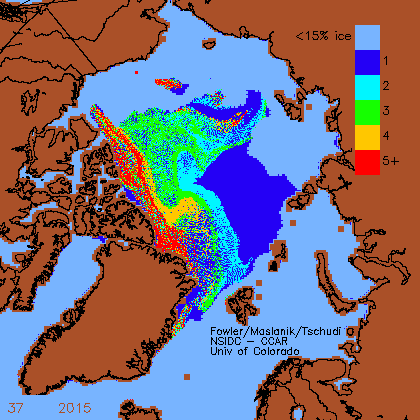 Week 38 (late September) is the week when the ice has its birthday, and all of the ice advances one year. I generated the map below of what week 38 should have looked like, based on advancing the ice age one year. There should have been a large increase in 5+ ice, because all of the 4 year old ice became five year old ice on week 38. 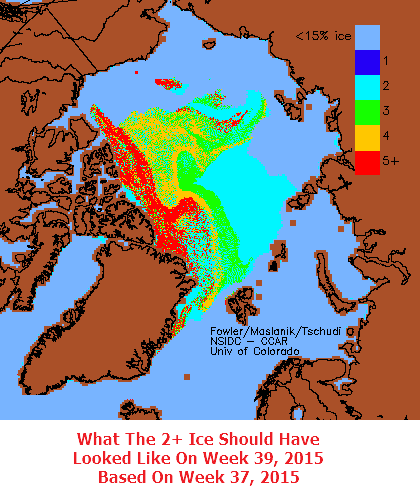 However, that didn’t happen. What they did was change to a new set of maps on week 39, and actually deleted the directory containing the 1984-2015 maps.  They never generated a week 38 map. Very naughty. A large area of four year old ice not only didn’t age, but it disappeared entirely. 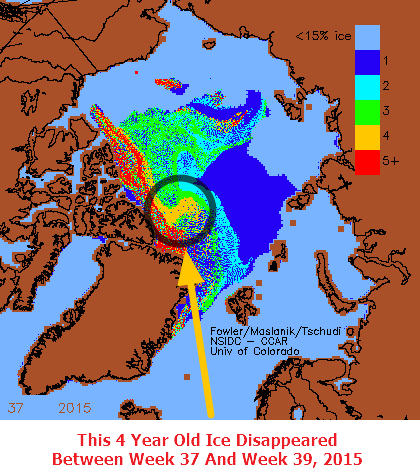 The animation below shows what the map should have looked like compared to what it does look like. They massively reduced the amount of five year old ice that should have been present in the map. 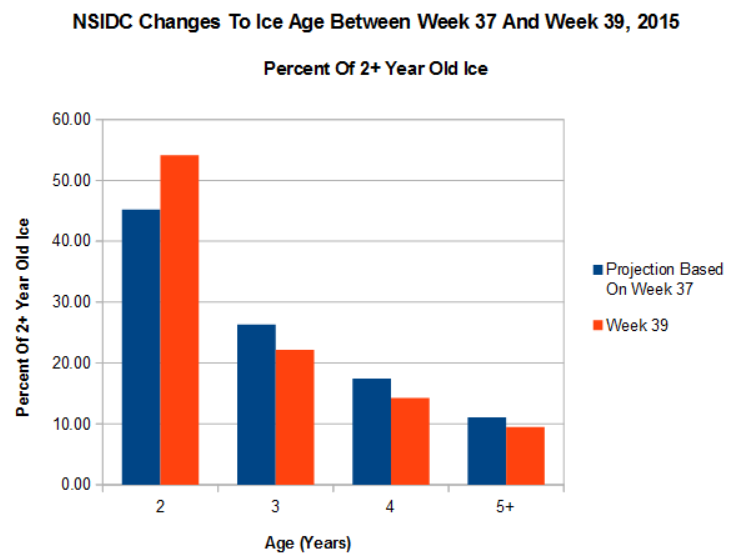 Not only did they they alter the data, but they also deleted the evidence. And to make matters worse, they blocked auto archiving of the 1984-2015 data. 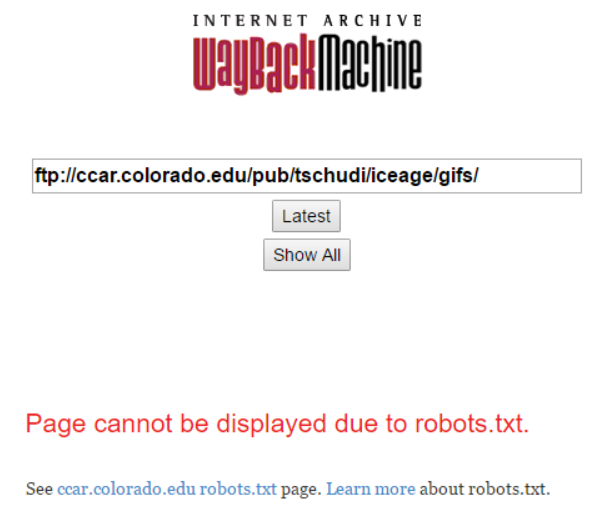 The data is not lost however. I have all their old maps archived here. Did they really think I wasn’t going to catch them?