In 1999, NASA published this global temperature graph, showing 0.4C global warming from 1880 to 1997. They also showed that there was very little difference between rural and urban stations, indicating a high degree of confidence in their data. 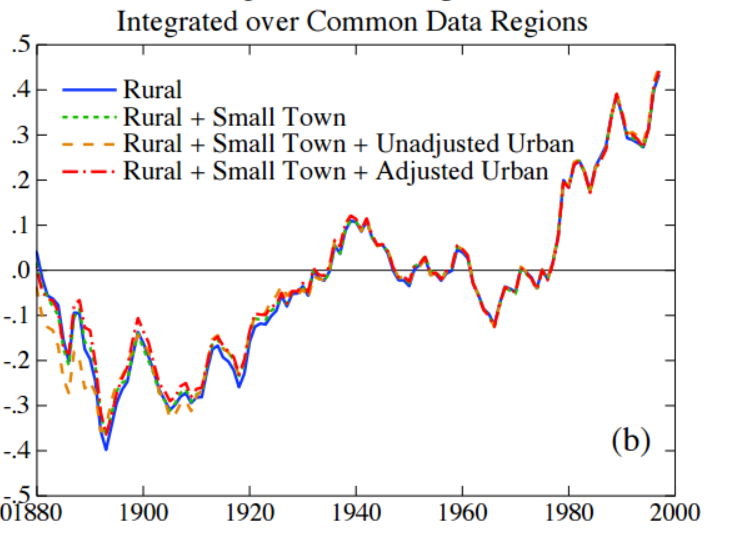 NASA’s current version of the same graph looks very different, showing about 1.0C global warming from 1880 to 1997. By altering the data they have more than doubled the amount of warming during the same time period.

I overlaid the two graphs at the same scale, and normalized to the earliest years. This shows how NASA has massively altered their graphs since 1999 to create a completely fake hockey stick of warming – which does not exist.

An alternative view of this normalizes to the most recent common years, the 1990’s. This view shows how they made the 1940’s spike disappear since 1990.

The fraud doesn’t end in 1997 though. NASA continues to show rapid warming after 1997, which is not present in the satellite temperature record. 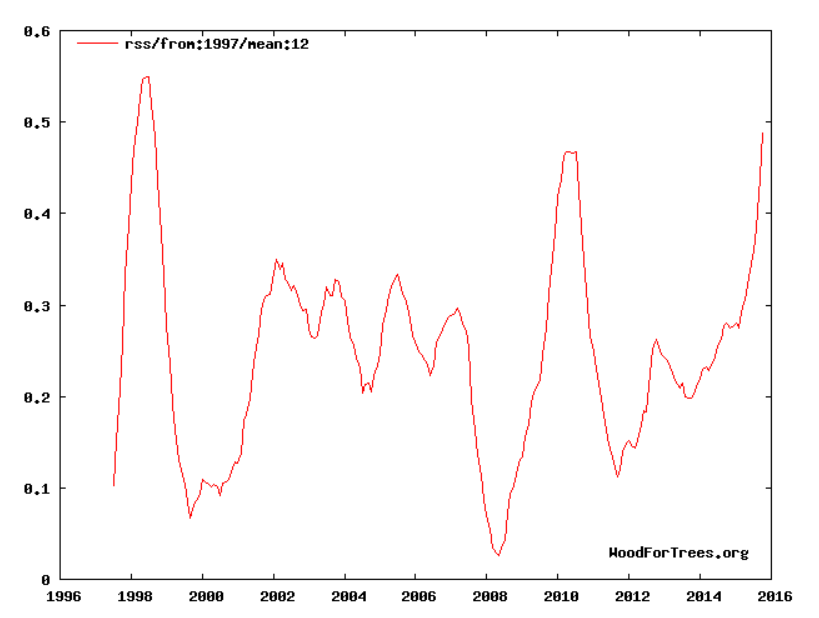 The next graph from the 1999 paper shows what is going on. The number of stations NASA is using has plummeted since the 1970’s. They are losing rural stations, causing the temperature record to be driven by urban stations – which are much warmer.

NASA is engaged in transparently political junk science, which motivated  the astronauts, engineers and scientists  who made NASA great in past decades to send the NASA administrator this angry letter in 2012. Signatories included the only scientist to have walked on the moon, Harrison Schmitt.

We, the undersigned, respectfully request that NASA and the Goddard Institute for Space Studies (GISS) refrain from including unproven remarks in public releases and websites. We believe the claims by NASA and GISS, that man-made carbon dioxide is having a catastrophic impact on global climate change are not substantiated, especially when considering thousands of years of empirical data. With hundreds of well-known climate scientists and tens of thousands of other scientists publicly declaring their disbelief in the catastrophic forecasts, coming particularly from the GISS leadership, it is clear that the science is NOT settled.

The unbridled advocacy of CO2 being the major cause of climate change is unbecoming of NASA’s history of making an objective assessment of all available scientific data prior to making decisions or public statements.

As former NASA employees, we feel that NASA’s advocacy of an extreme position, prior to a thorough study of the possible overwhelming impact of natural climate drivers is inappropriate. We request that NASA refrain from including unproven and unsupported remarks in its future releases and websites on this subject. At risk is damage to the exemplary reputation of NASA, NASA’s current or former scientists and employees, and even the reputation of science itself.

For additional information regarding the science behind our concern, we recommend that you contact Harrison Schmitt or Walter Cunningham, or others they can recommend to you.

Thank you for considering this request.

Ref: Letter to NASA Administrator Charles Bolden, dated 3-26-12, regarding a request for NASA to refrain from making unsubstantiated claims that human produced CO2 is having a catastrophic impact on climate change.