1993 was cool because of the eruption of Mt. Pinatubo, and there must have been something similar in 1915 – which was cool across the entire US. 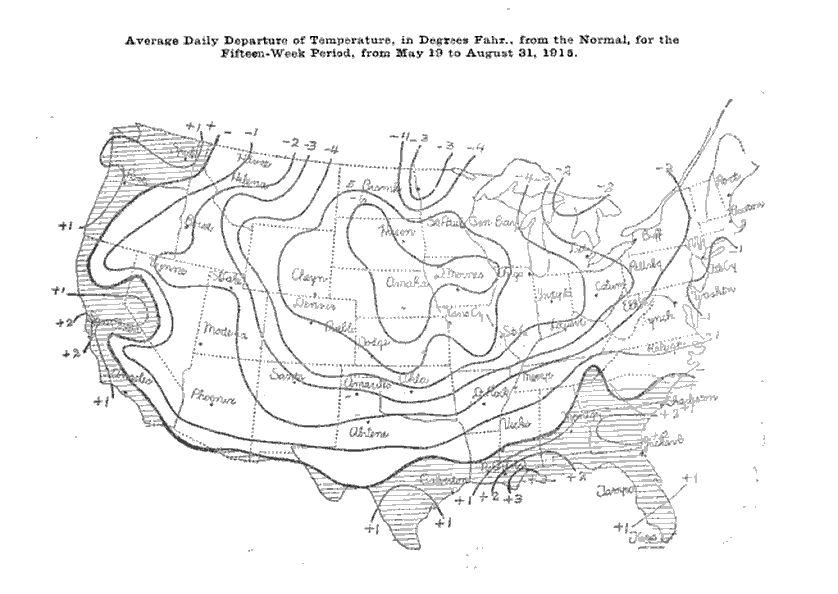 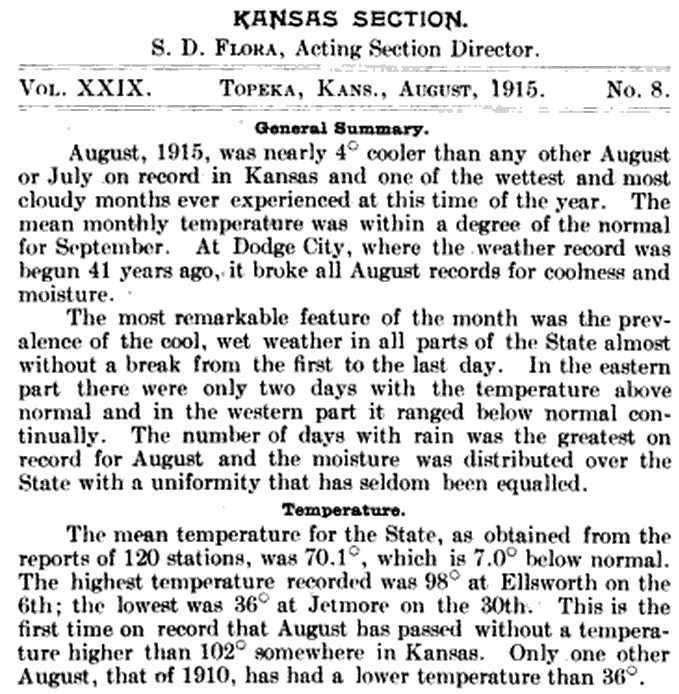 Mt. Lassen did erupt in 1915, but it seems unlikely this was big enough to cool down the entire US. 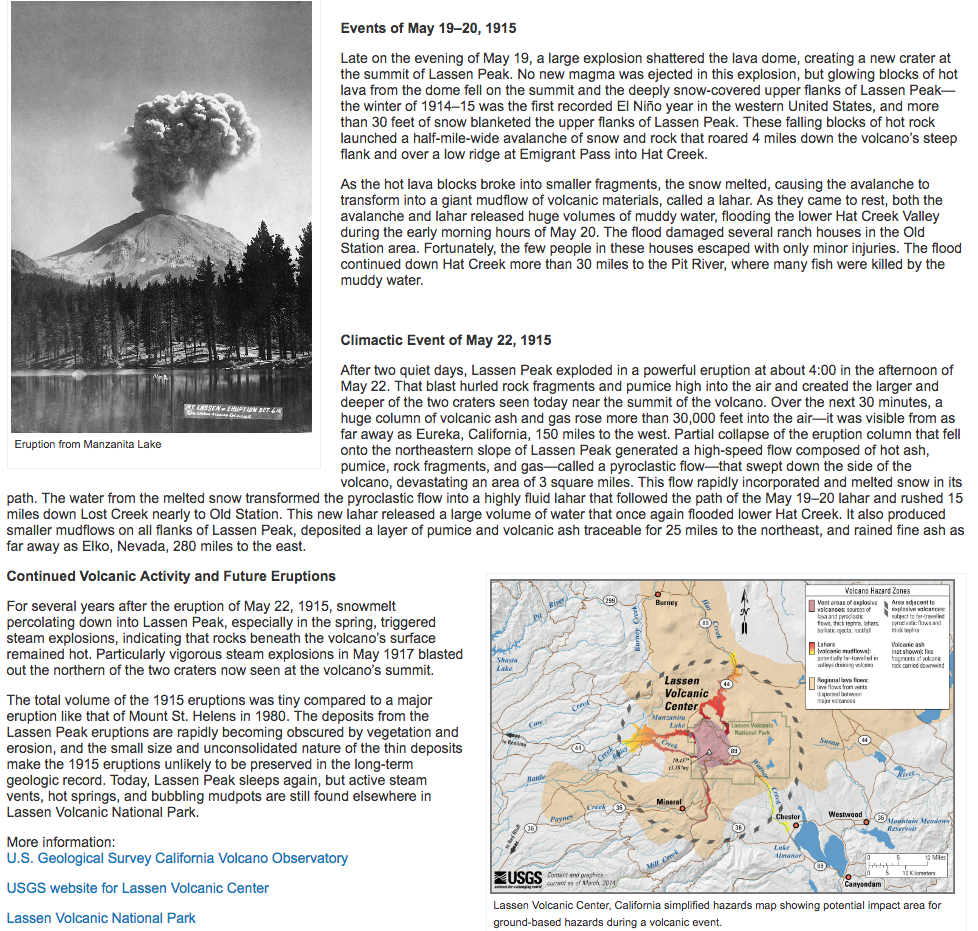