On this date 80 years, the entire US was engulfed in a massive heat wave which brought temperatures of 120 degrees to Oklahoma, 119 degrees in Kansas, 115 degrees in Texas, 111 degrees in Nebraska and 110 degrees in Arkansas and South Dakota.

Government experts say that heatwaves are getting worse, even though their own data says the exact opposite. 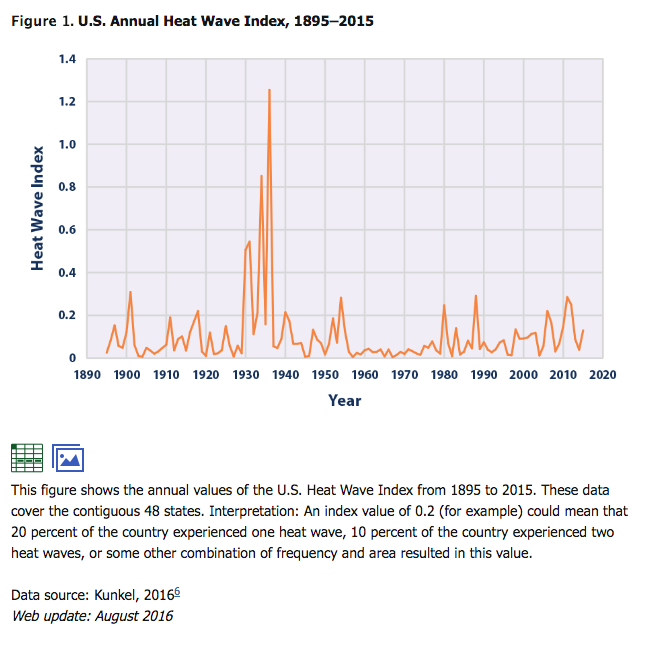