NASA nows says that the 0.1 PPM rise in atmospheric CO2 during 1830 caused the climate to start collapsing. 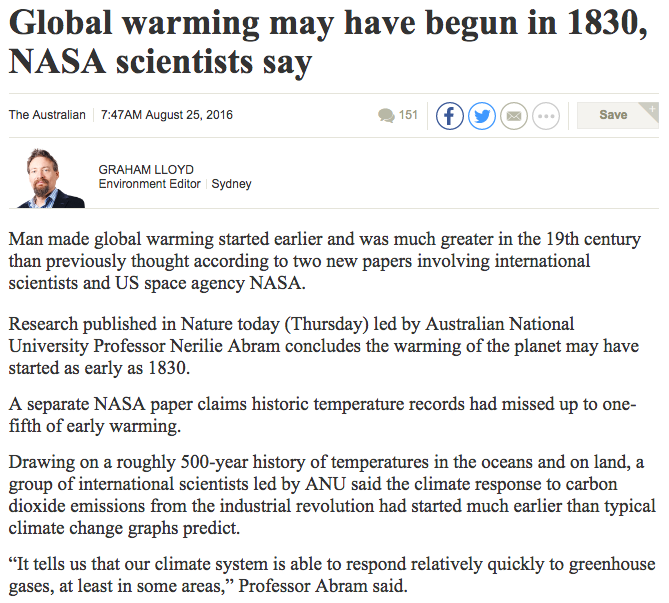 Global warming may have begun in 1830, NASA scientists say

This chart shows the extreme increase in CO2 of 0.0 PPM, from 1832 to 1850. NASA says that non-existent increase pushed the climate over the edge. 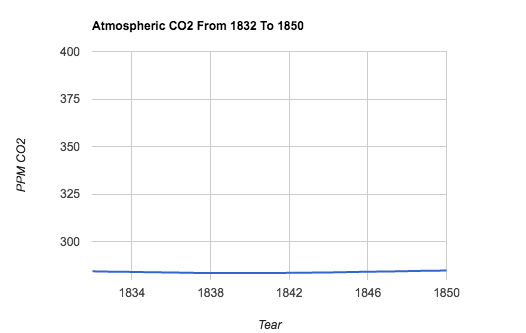 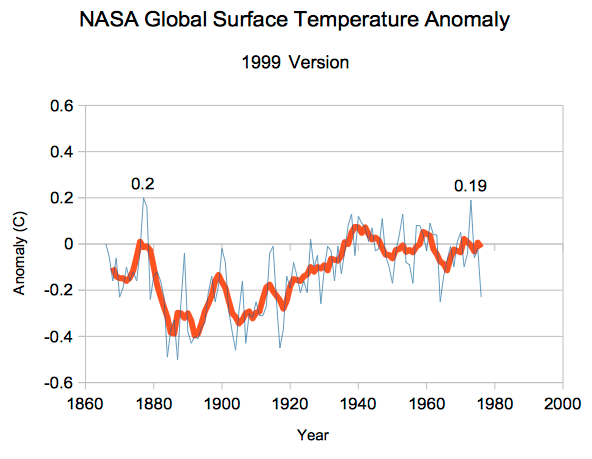 Apparently NASA believes we can prevent hurricanes by going back to pre-industrial levels of CO2. But when you are pushing global warming fraud hard ahead of the election, it is OK for NASA scientists to completely fabricate fake studies, make up meaningless gibberish, and lie to the public.