Due to prevailing winds retaining ice in the Arctic basin, and cold cloudy summer weather, there has been a massive expansion of thick Arctic ice this summer towards the Russian side. The same ice which is keeping the ship of fools from getting through the Northeast Passage. 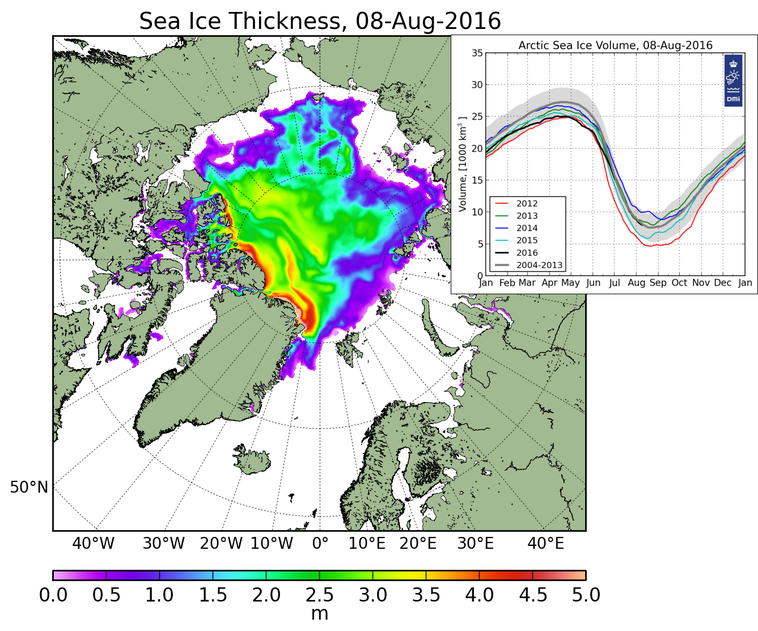 According to global warming theory, the expansion of ice will produce positive feedback, and cool the planet.  You won’t hear this story from any government agencies, because they are paid to lie about the climate.