Baffin Bay Was Ice-Free During The Medieval Warm Period

According to Britain’s top climate expert, Baffin Bay was ice-free year round one thousand years ago.

This year was the hottest year ever, and Baffin Bay was blocked with ice for more than half the year. There was still ice in Baffin Bay when I flew over at the end of June.

In 1990, the world’s leading climate alarmists agreed the Medieval Warm Period was much warmer than the present, and that there had been almost no global warming since the automobile was invented. 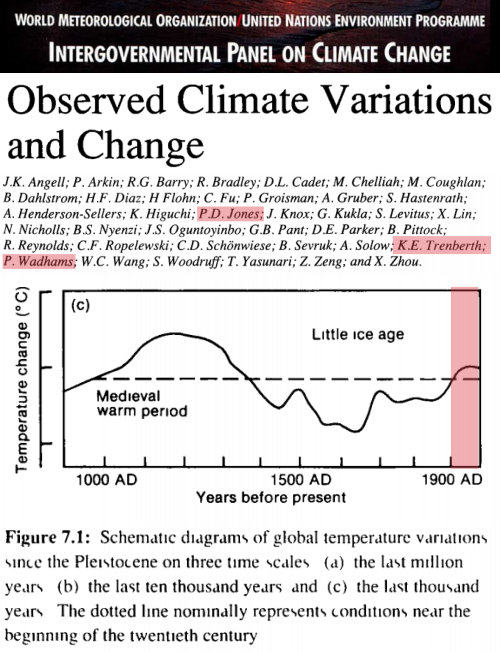 The total lack of evidence for man-made global warming wasn’t going to raise any money for them, so ten years later the IPCC bumped 1990 temperatures way up, and created the wildly fraudulent hockey stick. By doing this, these “scientists” brought tens of billions of dollars into their own pockets.