Hot January days (over 38C)  in Australia peaked in 1882, and have declined about 50% since then. Very similar to the pattern seen in the US. During January 1882, more than one day out of three was over 38C. 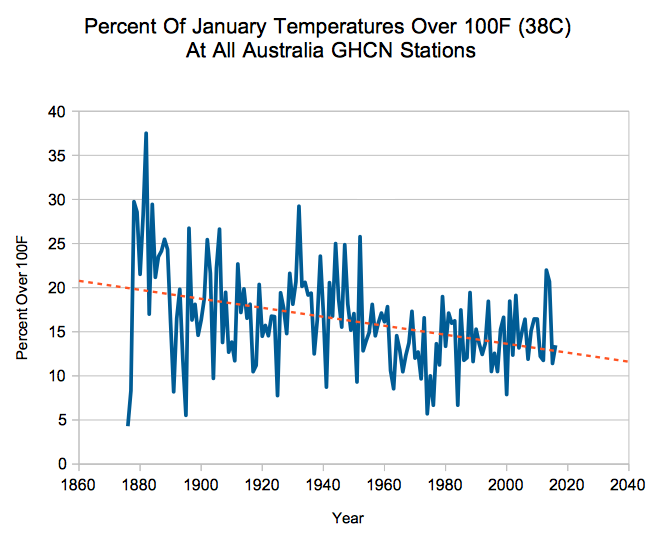 3 Responses to Frequency Of Hot Days In Australia Plummeting