On September 14, 2012 she blamed the attack at Benghazi on a YouTube protest which insulted the great religion of Islam. 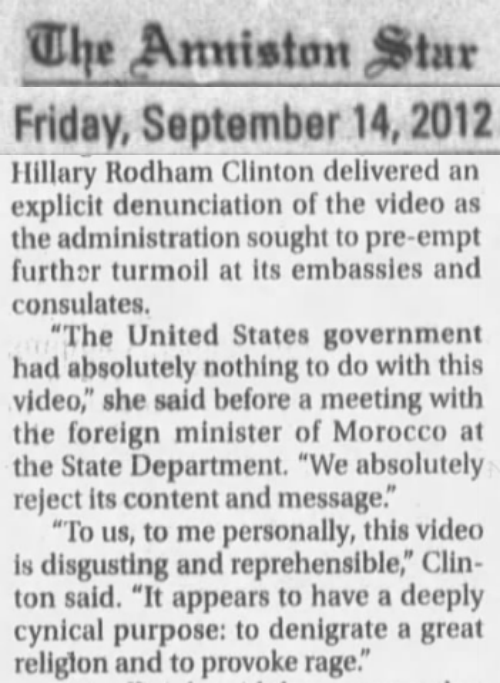 Even though the security guard said there was no protest, and was a planned attack by Islamic terrorists.