NASA Hiding The Decline In Sea Level And Temperature

In 1963, The Guardian reported that since 1940 global temperatures were declining, sea level rise was slowing, and glaciers were growing.

By 1974, The Guardian said global cooling was the greatest threat mankind had ever faced.

The National Center for Atmospheric Research  showed that 1970 was cooler than 1870, with a sharp cooling after 1940.

NASA no longer shows any of these things. They have erased the post-1940 cooling. 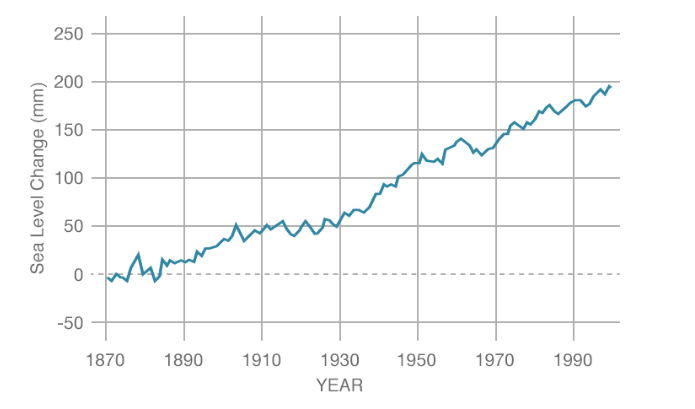 In 1982, NASA showed sea level rise slowing after 1940, but they have since altered the historical data to show an acceleration.

Government climate science is now all fraud, all the time.