Refusing To Accept The Election Results

The Guardian refuses to accept the Brexit vote.

The same Guardian is very angry at Donald Trump for not giving them a blanket endorsement to continue their election fraud. 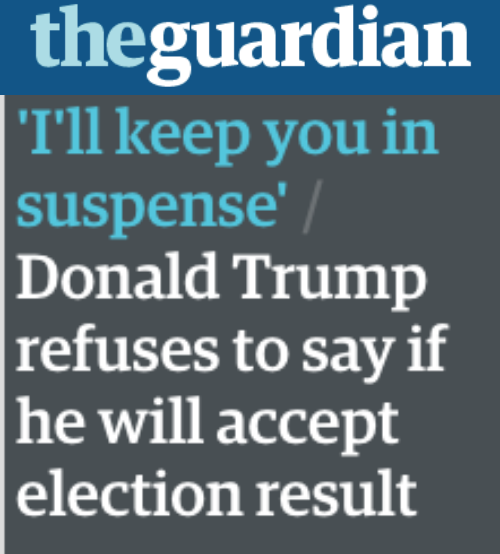 If progressives didn’t have double standards, they would have no standards at all.

21 Responses to Refusing To Accept The Election Results