Over the past nine years, there has been a huge increase in the area of thick Arctic sea ice. The Chukchi and East Siberian Seas had no thick ice in 2008, but lots of it now.

Government experts of course claim the exact opposite, because they are paid to lie – or at least they were until January 20th. The 1988-2007 decline in Arctic sea ice ended when Barack Obama healed the planet in 2008.

Government experts also say Greenland is melting down 600% faster than predicted, at -46C. 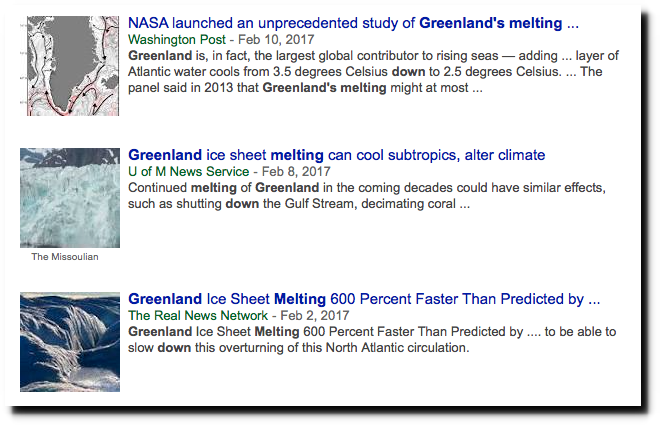 Greenland is actually blowing away all records for ice gain.

The good news is that we have a new president and EPA head who are determined to flush out climate fraudsters from the government.