After repeatedly releasing wiretapped Trump admin phone calls for weeks, Obama denies that there was a wiretap.

Minutes later, Dem political operative Howard Dean confirms that there was a wiretap, and says they only wiretap terrorists.

After years of wiretapping journalists. 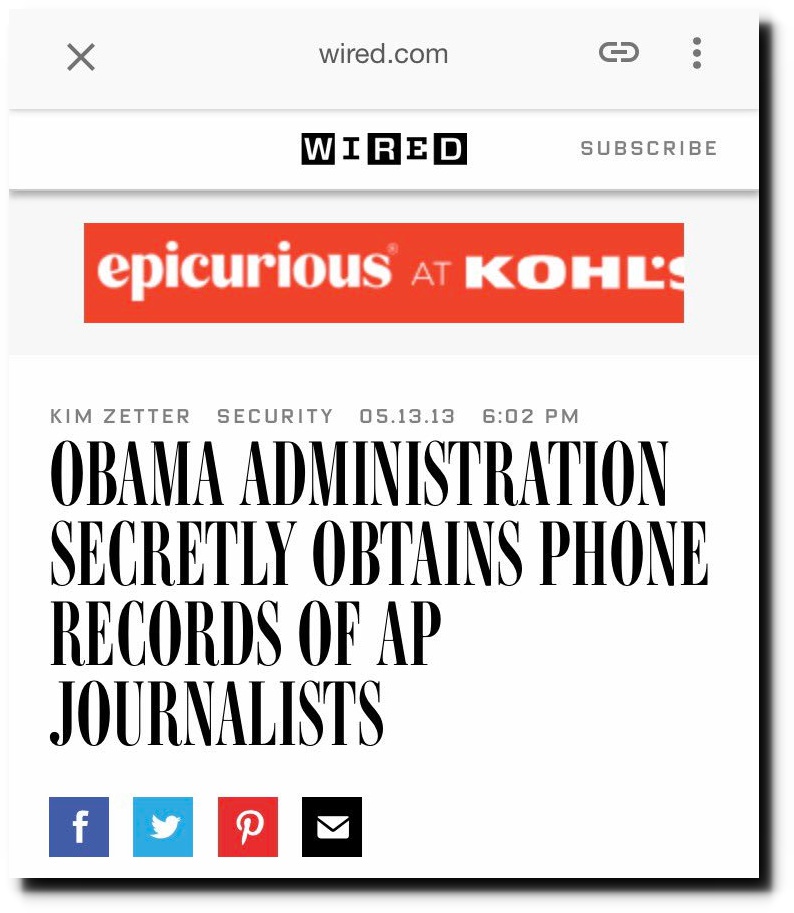 You really can’t make this stuff up.