Since this date in 2008, there has been a 103% increase in the area of the Arctic covered by multi-year ice, shown in white below.

At the time, our top government scientists said the Arctic is screaming, and predicted an ice-free Arctic by 2012.

Serreze even predicted the North Pole would be ice-free in 2008.

Serreze’ prediction prompted Lewis Pugh to attempt to kayak to the North Pole.

Pugh kayaked about twenty miles and got blocked by ice, more than 700 miles from the pole.

Mark Serreze used to be an honest scientist. Twenty-five years ago he said there was no evidence of global warming.

Satellites show that Earth is no warmer now than it was 25 years ago. 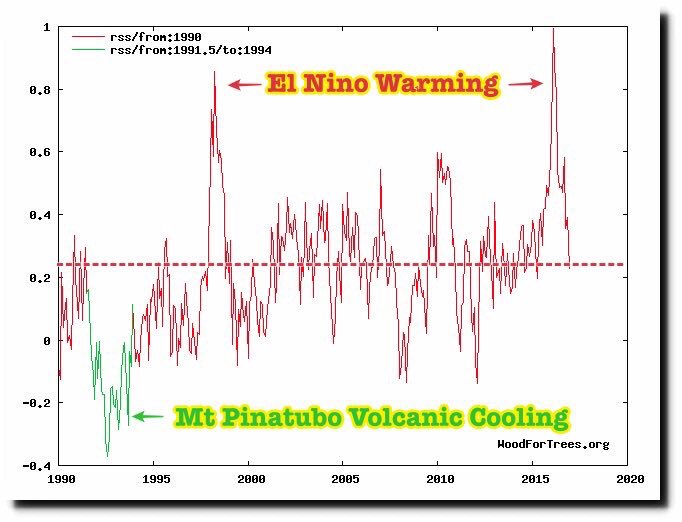 A major climate event did occur in 1992. Al Gore got elected vice-president, and cut off funding to skeptical scientists like Dr. Bill Gray at CSU. Bill Gray was an honest man, unlike so many of his colleagues who switched their position to keep funding coming in.

Fake Arctic news is nothing new. The New York Times predicted an ice-free Arctic by 1989.

The fake news New York Times reported seventeen years ago that the North Pole was ice-free for the first time in 50 million years.

Government has been bullying scientists to lie about the climate for 25 years, but President Trump is bringing the scam to an end.