Tonight will be very cold in New York, but nowhere near as cold as 1993.

During the summer of 1991, Mt. Pinatubo in the Philippines erupted and threw large amounts of particulates into the atmosphere, which blocked sunlight and kept earth cool for several years. 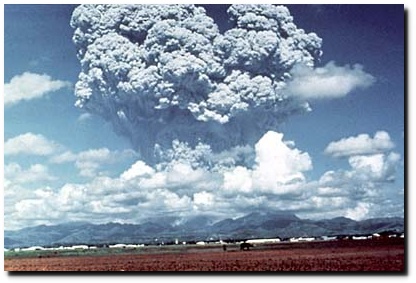 Climate experts say that an increase of 0.0001 mole fraction CO2 causes volcanoes, because no lie is too big for this scam.