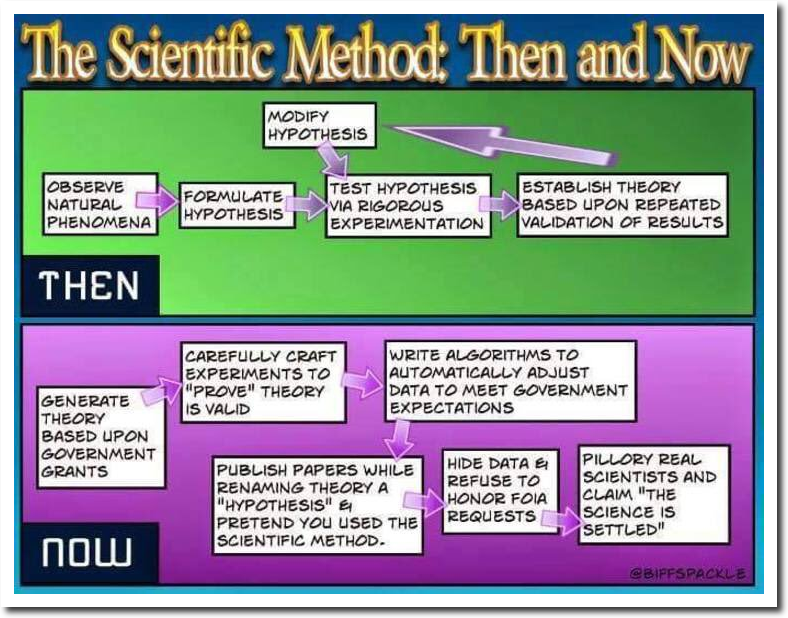 The US experienced a severe heatwave and drought during the summer of 1988, the Mississippi River nearly dried up, one third of Yellowstone Park burned up, and it was the perfect time for James Hansen to start the global warming scam. He told Congress that he was 99% certain the heatwave was due to CO2, and that heatwaves would get much worse starting in the 1990’s.

Iowa was hot, so it wasn’t hard to get the useful idiots at the Des Moines Register on board with a front page headline declaring 1988 to be the hottest year ever, less than half way through the year. The days ahead of his testimony were record hot in the US. Late June temperatures had been plummeting in the US for 60 years, but the heat of 1988 provided the perfect opportunity for James Hansen to perjure himself before Congress and get his scam going. 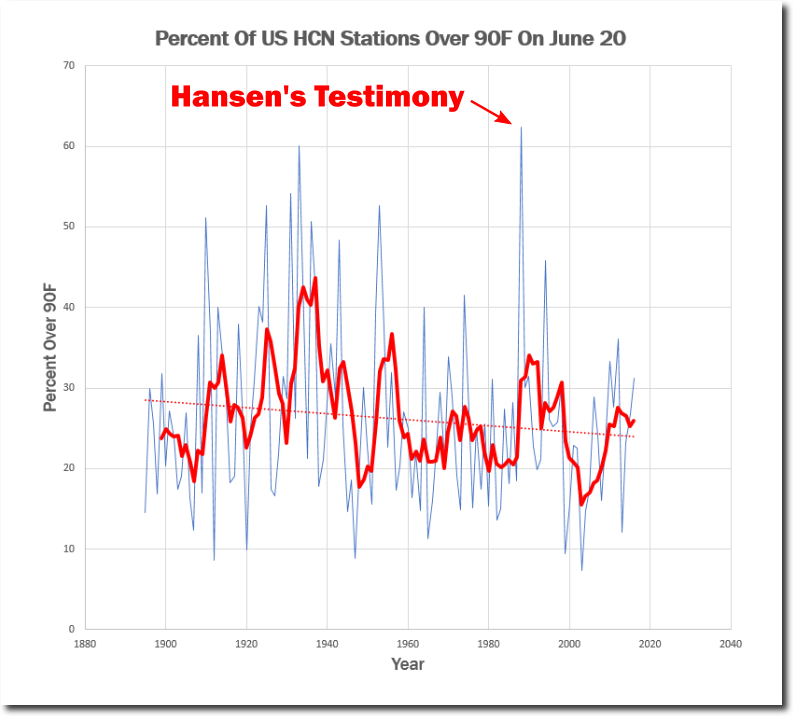 Almost the entire country was over 90 degrees, and Iowa was over 100 degrees – which made the Des Moines Register easy pickings for a scam. It was the hottest June on record in the DC area, with 21 days over 95 degrees. Since then, the frequency of 95 degree days has dropped by about 90%.

In order to really make sure they got the global warming scam going, Hansen and his fellow climate scamster Senator Tim Wirth  of Colorado sabotaged the air conditioning at Congress the night before the June 23 hearing.

By December of 1988, global temperatures had plummeted due to La Nina, which Hansen declared to be an unusual ocean current. Hansen was forced to back off his hottest year ever claim, so he replaced it with a claim that hurricanes would get 50% stronger. 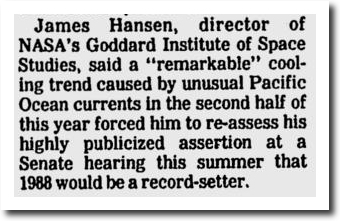 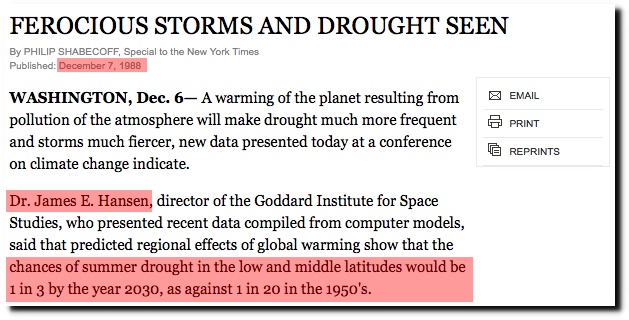 Since then, both major hurricanes and droughts have plummeted in the US. By 1999, it was obvious even to Hansen that his 1988 Congressional testimony was garbage. Hansen was upset that the US was cooling.

His heat, hurricane and drought forecasts had failed, so Hansen got into a new business which became the basis of the ongoing scam – data tampering.

Without Hansen’s bold move into massive data tampering, the global warming scam would have been dead decades ago. Hansen quickly learned that he could use the trust NASA had built up during the Apollo program as cover to turn cooling into warming. All things become possible once a scientist makes the move into data tampering and fraud.

Make no mistake about it, the people behind this scam are criminals – not scientists. They have nothing but failed predictions and fraud in their past and present.