The criminals behind the global warming scam insist that hot weather was impossible at lower CO2 levels, and are trying to erase the 1913 heat record of 134 degrees. They also say that heat waves are getting worse, which is a blatant lie and the exact opposite of reality. 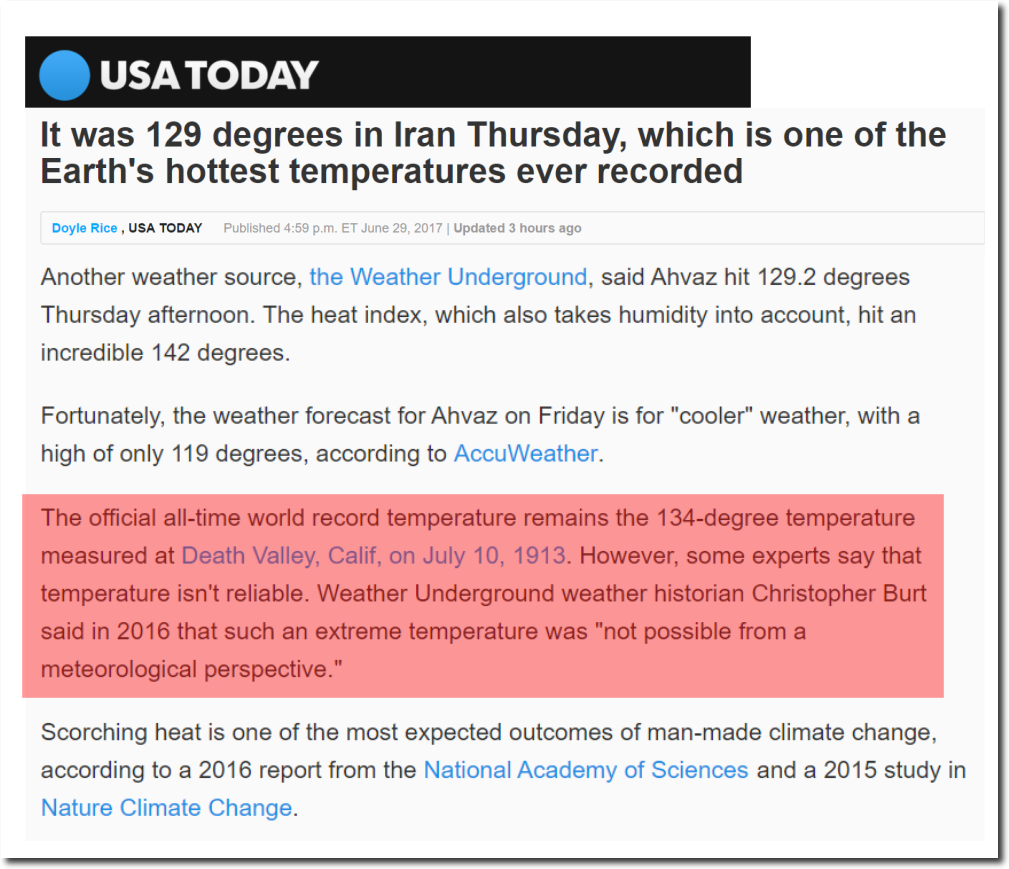 According to the US Weather Bureau in 1922, the 1913 heat record at Greenland Ranch is extremely reliable, and measured on top notch, well maintained standard equipment. 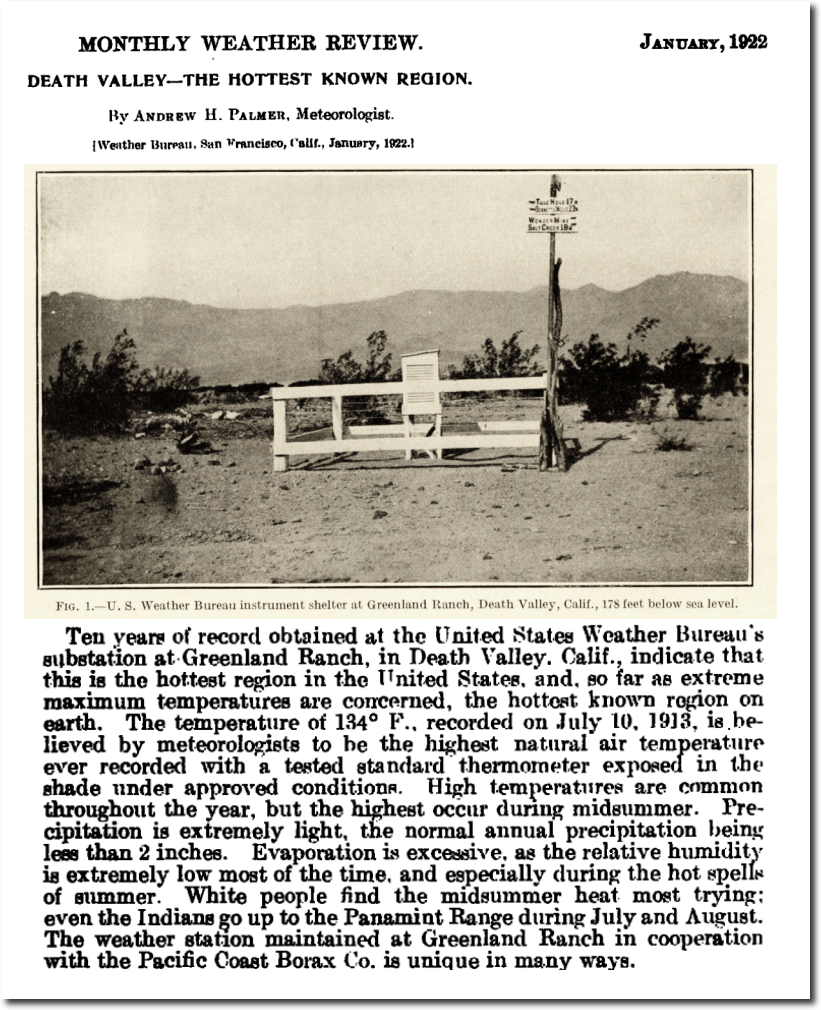 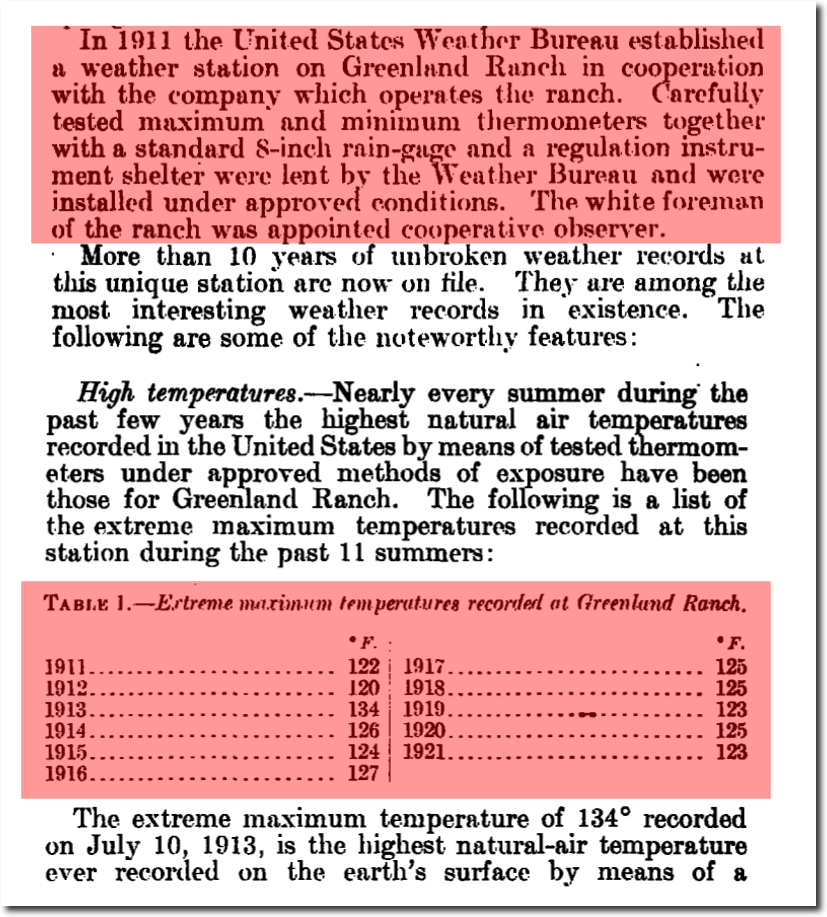 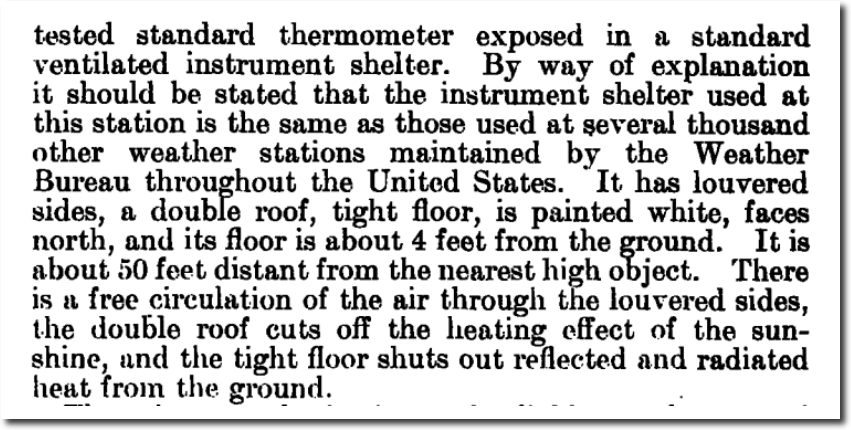 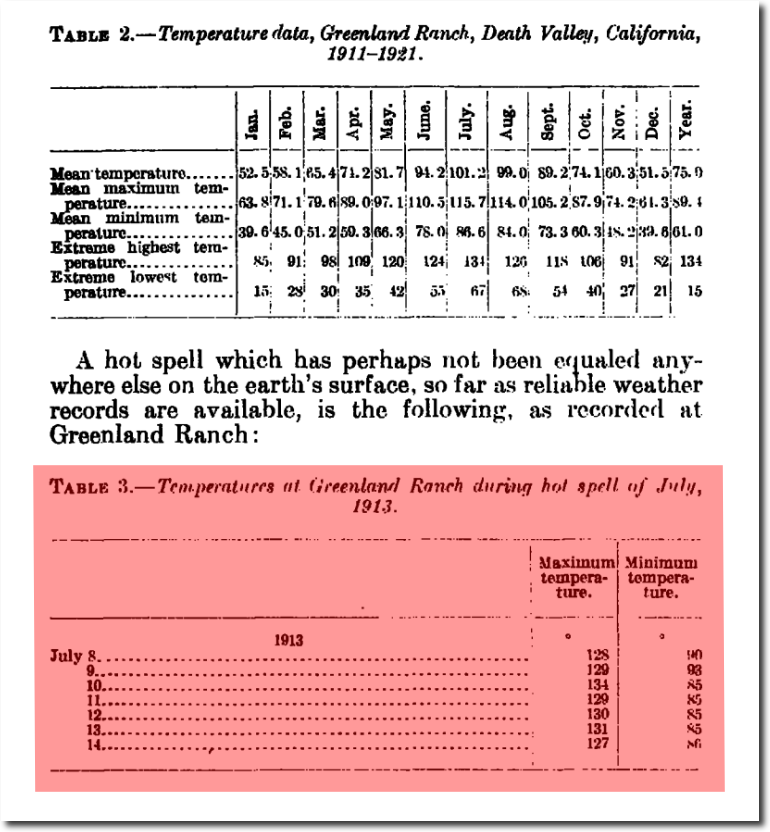 Climate criminals attempt to erase all history which interferes with their multi-billion dollar climate scam. They say that any temperature reading which contradicts their junk science must be erased.