All Warming Since 1997 Is Due To Government Fraud

Satellites show that global temperatures have been falling for almost two decades, but this doesn’t suit NASA’s agenda – so they generate fake temperature data to create the appearance of warming.

The divergence is spectacular, but particularly interesting is level of fraud going on during the current El Nino.

Global warming theory tells us that satellite temperatures should rise much more than surface temperatures during an El Nino – as occurred in 1998 and 2010. But this year, we don’t see that occurring. This is a smoking gun that Gavin and Tom have massively ramped up their fraud ahead of Paris. 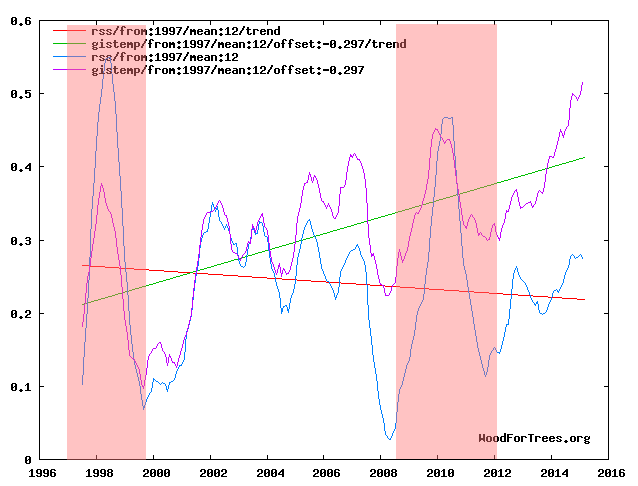 NASA is constantly tampering with data to make the past cooler and the present warmer. Over the past six months, Gavin has implemented yet another spectacular alteration of the data – to make the hiatus disappear.

Global warming is biggest fraud in science history, and your tax dollars are financing it – to assist Obama’s efforts to “make electricity prices skyrocket”

Progressives are completely insane, and are hell bent on wrecking our civilization. Will you continue to assist them?