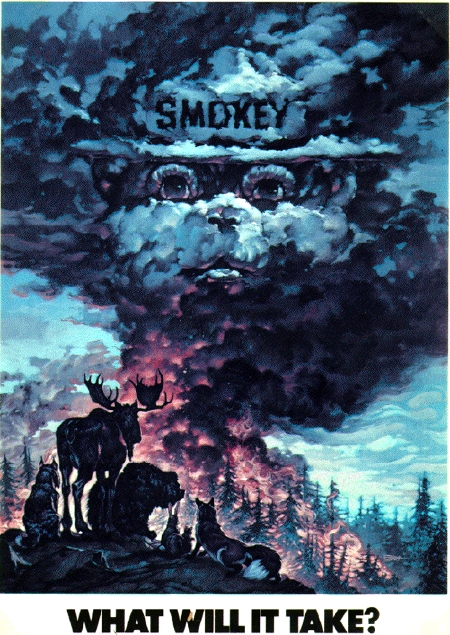 Wildfires sweeping across California are threatening the US state’s famed Sequoia trees, with firefighters scrambling to protect the national treasures.

The so-called Rough Fire, the largest of more than a dozen burning across northern and central California, has edged closer to the giant trees in recent days with firefighters scrambling to protect them.

“The fire has moved into a number of Sequoia groves in King’s Canyon National Park and Sequoia National Forest and we are taking preventive measures to make sure nothing happens to them,” park spokesman Mike Theune told AFP.

Of particular concern is the General Grant tree, the second largest Sequoia in the world. It stands 268 feet (81.7 meters) tall.

Fire is an essential part of the Giant Sequoia life cycle.

Fire in this forest (1) prepares a seedbed; (2) cycles nutrients; (3) sets back succession in certain relatively small areas; (4) provides conditions which favor wildlife; (5) provides a mosaic of age classes and vegetation types; (6) reduces numbers of trees susceptible to attack by insects and disease; and (7) reduces fire hazards.

The 1890 photograph below shows what Giant Sequoia forest is supposed to look like. Large trees, some with bases hollowed out by hundreds of fires. 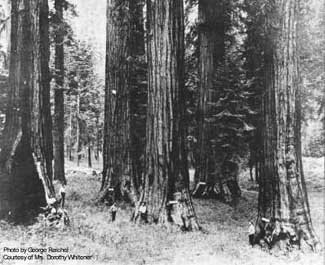 Humans decided to fix this natural balance, and quit allowing fires to occur.  As a result, there is a huge amount of underbrush growing in the forest now, which makes fires burn much hotter and makes them much more dangerous to the large trees. The photo below was taken in 1970 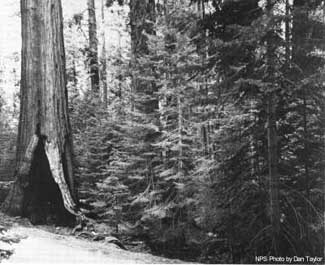 Government created the hazard to the trees, and now they blame their stupidity on your SUV creating imaginary global warming.