By the 1970’s scientists were predicting a new ice age, and had 60 theories to explain it. 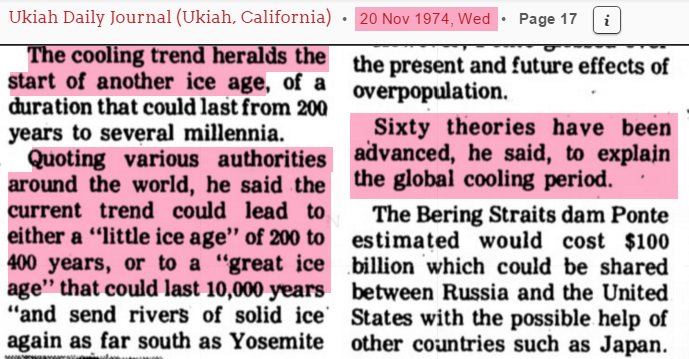 Predictably, government climate criminals have recently erased the unanimous consensus of the 1960’s. The post-1945  cooling has disappeared.

But it is worse than it seems. Over the past decade there was unanimous consensus for a decade long global warming hiatus, with 60+ theories to explain it. NOAA climate criminals just erased the hiatus ahead of Paris. History repeats itself.