Gavin is trying to hide the fraud by out of context visual trickery on nearly useless little graph. 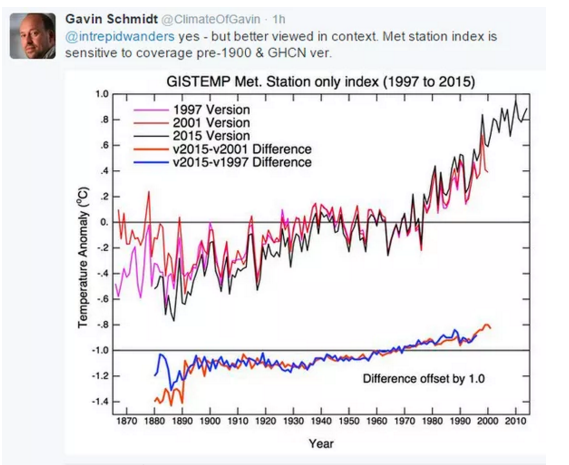 I’m happy to indulge his claim that he has gone back in time and gotten some new readings from before 1900. The graph below normalizes his 2005 plot and his 2015 plot to the year 1900, making the pre-1900 data irrelevant. Since 2005, Gavin has tampered with the post-1930 data linearly to add 0.3 degrees warming. It beggars belief that he thinks he could get away with this obvious fraud. 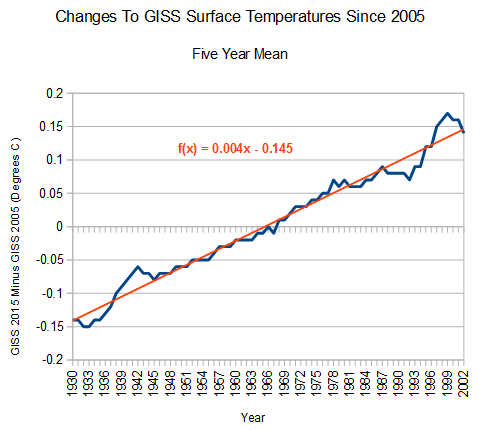 But Gavin’s malfeasance is much worse than it seems. Prior to 2005, GISS matched satellites reasonably well, but now is diverging at almost two degrees per century. Earth has been cooling over the last decade, but Gavin shows it warming. 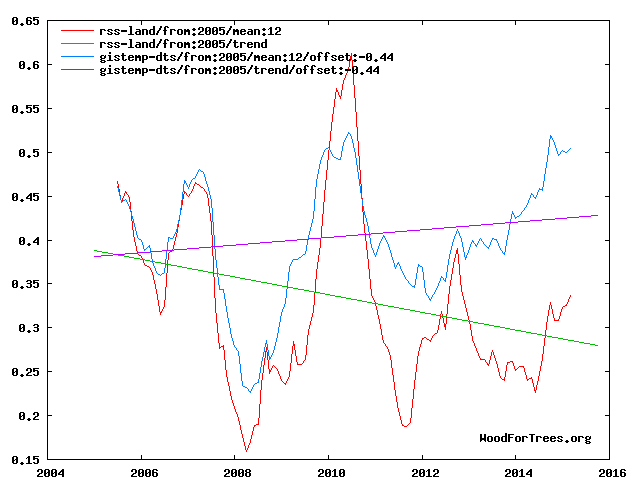 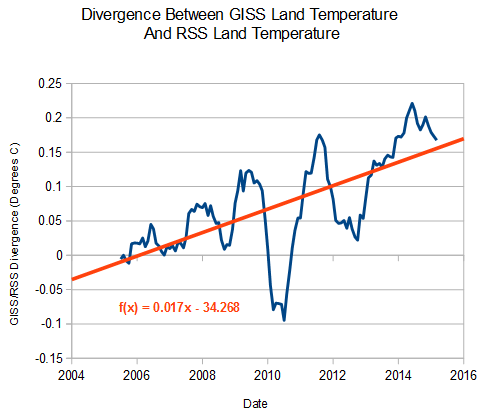 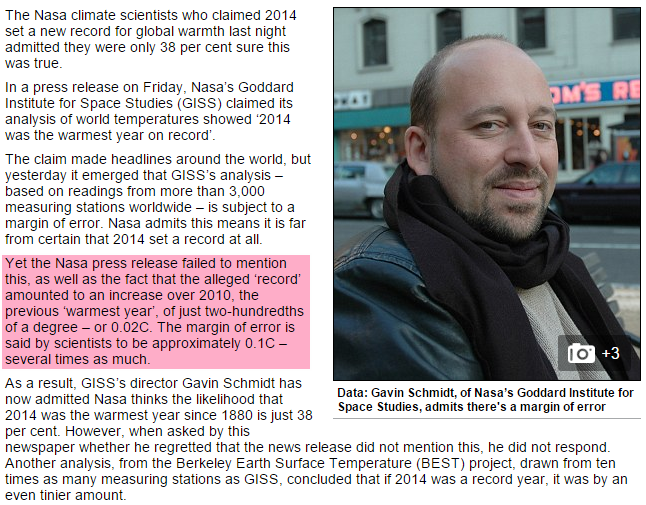 Nasa climate scientists: We said 2014 was the warmest but we’re only 38% sure | Daily Mail Online

Satellites show that 2015 is nowhere near the warmest on record. It isn’t even close. 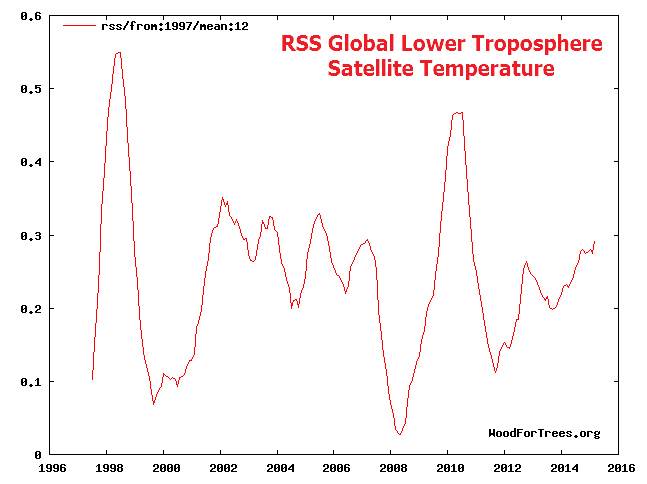 The fraud going on at NASA is off-scale.