Knut Ångström discovered over 100 years ago that changing the amount of CO2 in the air has very little impact on how much longwave radiation is transmitted. This is the same thing which climate models show. The graph below was generated with data from one of the standard radiative transfer models used in climate and weather models.

As you can see, changing CO2 levels has little impact on the amount of radiation transmitted to the upper atmosphere in the mid-latitude summer. 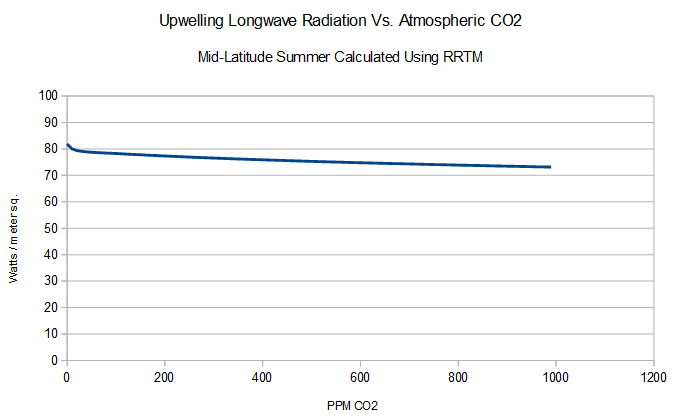 But it’s worse than it seems. The interesting thing is the amount of downwelling longwave radiation. This is the greenhouse effect. An increase to 1,000 PPM CO2 would increase the amount of downwelling longwave radiation in the mid-latitude summer by less than one percent. The concept being promoted by fraudsters Katherine Hayhoe and Heidi Cullen that summers will get much hotter as CO2 increases, is patently absurd. Correct use of models shows nothing of the sort. 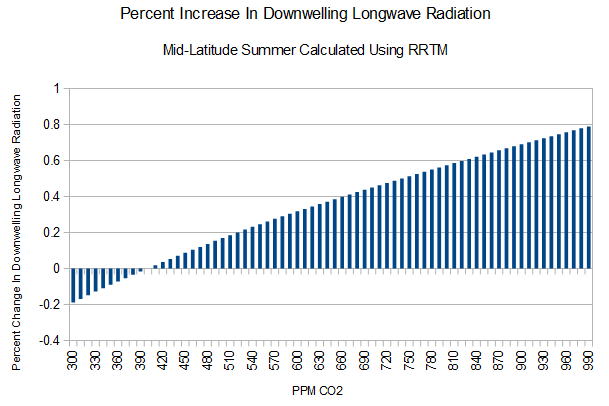 The whole climate scam is based around Hansen’s fake feedbacks. CO2 has very little effect.

On the other hand, downwelling longwave radiation is strongly affected by humidity. A humid day will have 60% greater longwave radiation hitting the ground than a dry day. This is one reason why humidity makes the weather feel hotter. A one percent change in humidity has far more effect than a 100% change in CO2. 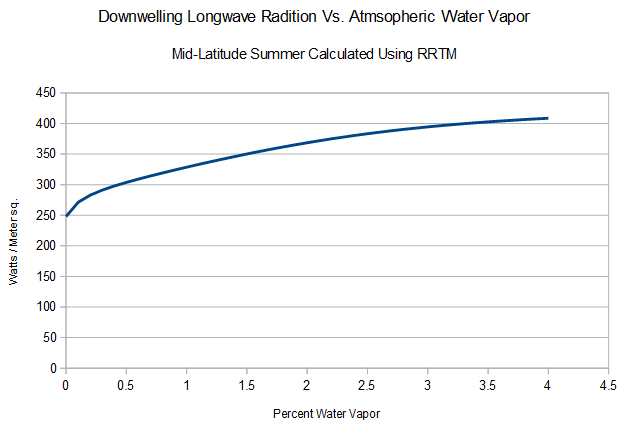 If Hansen’s feedbacks were correct, one humid day would start the whole world spiraling towards thermal Armageddon. His theories are patently absurd.

4 Responses to Ångström Was Correct