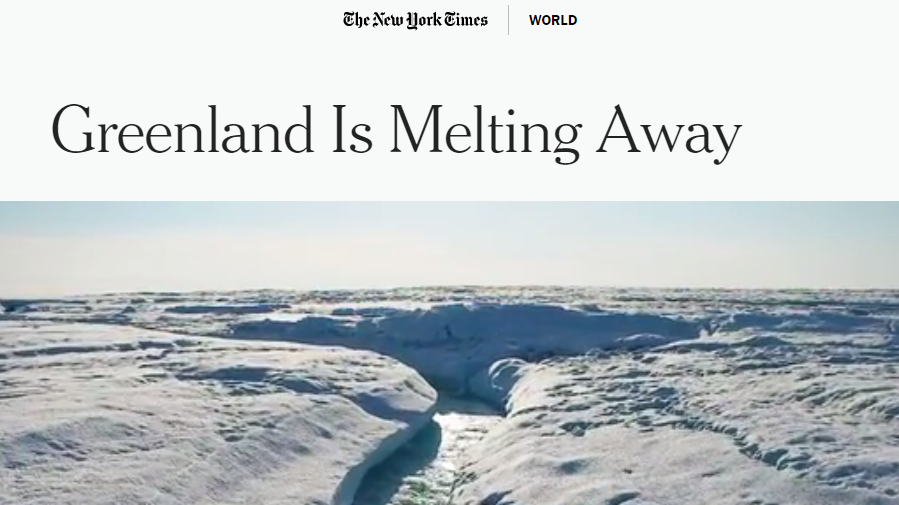 The full melting of Greenland’s ice sheet could increase sea levels by about 20 feet.

This river is one of a network of thousands at the front line of climate change.

Greenland Is Melting Away – The New York Times

Five hundred billion tons of snow falls on Greenland every year. All of that has to return to the sea by either melt or glacier calving. Otherwise the ice would be piled up to the top of the atmosphere. These anti-science hacks at the New York Times take pictures of that essential process and attribute it to “climate change”

Even the most ridiculous estimates of ice loss in Greenland are less than 200 km³ per year. The volume of the ice sheet is 3,000,000 km³. Using the most aggressive claims, it would take 15,000 years for the ice sheet to melt. That accounts for a sea level rise of about one hundredth of an inch per year. Does Coral Davenport think that one inch of sea level rise over the next century is going to drown her?

But the reality is that the surface of Greenland gains about 300 billion tons of ice every year. Greenland is not melting. 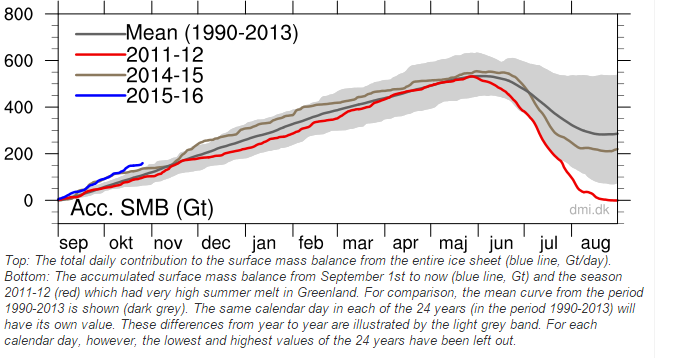 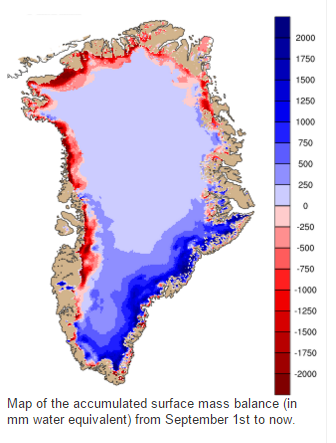 The New York Times has been reporting this same hysteria for almost 85 years.

Thirty years later they were predicting a new ice age.

Climate is cyclical. There is no rational reason to believe that the Greenland ice sheet is going to disappear. More than half of it never gets above freezing most years.