Hot Days Are Disappearing From The Lives Of Americans 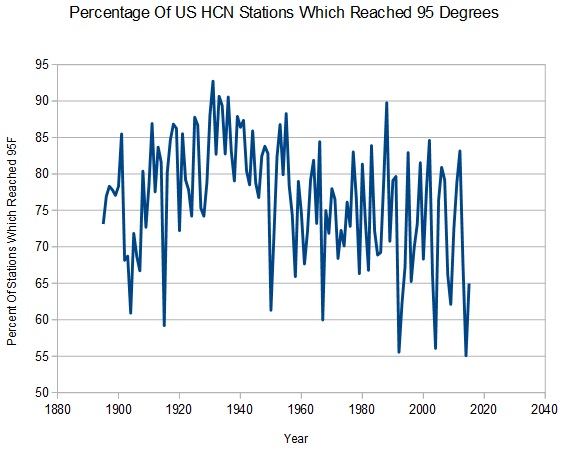 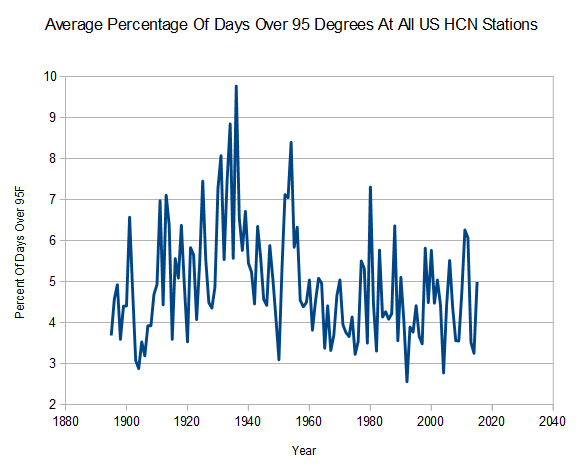 The fraudsters at Climate Central claim the exact opposite of what the data shows. For example, they say that Fond Du Lac, WI will average 89°F during summers in the future. 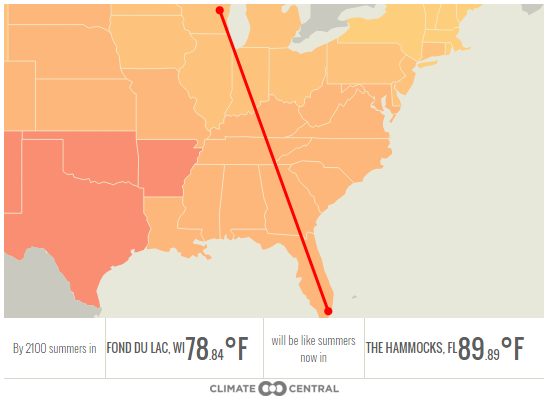 The frequency of 89 degree days in Fond Du Lac has dropped by two thirds since the 19th century, with the vast majority of thir hot days occurring with CO2 below 350 PPM. 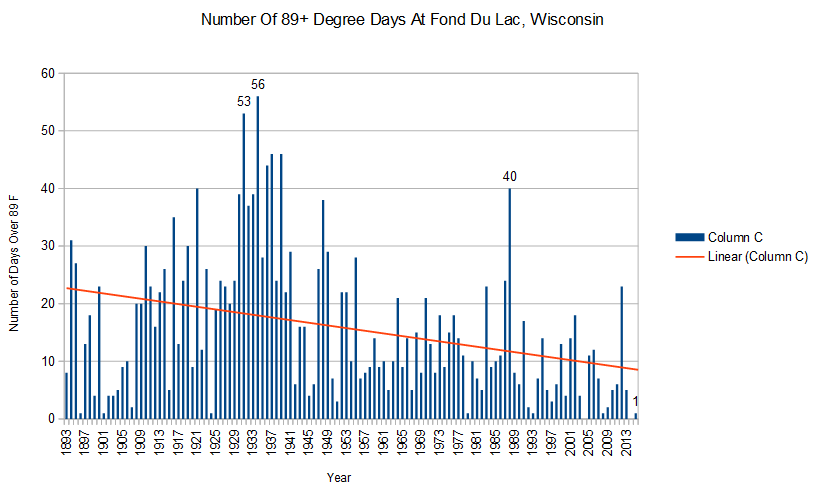 Not only is their claim empirically flawed, but it has no theoretical basis. Radiative transfer models show that the amount of downwelling longwave radiation during mid-latitude summers hardly increases with increasing CO2.

There is no empirical or theoretical basis for the Climate Central claims. They are 100% fraudulent. Climate criminals make Enron accountants look like Mother Theresa.