FACT : The Obama Administration Lies About Everything 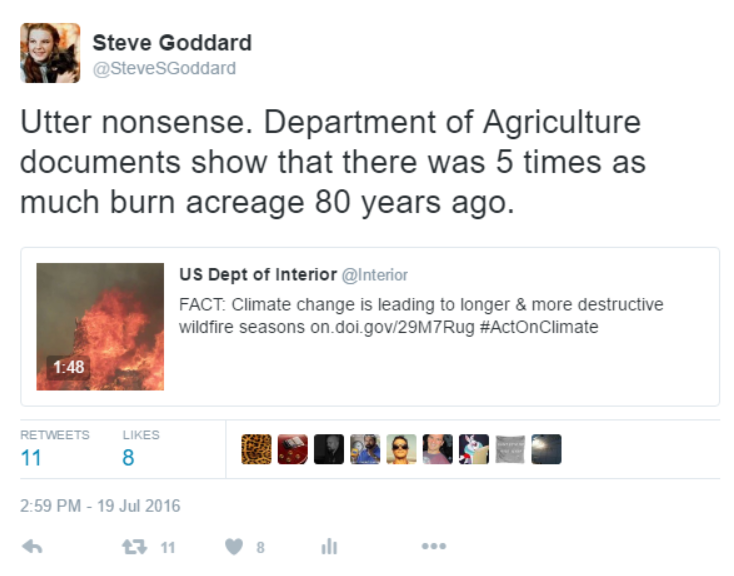 Total BS. Forest fire destruction in the US has plummeted over the past 80 years.

9 Responses to FACT : The Obama Administration Lies About Everything