On this date in 1913, California reached 134 degrees during a week when every day was over 127 degrees  This was the hottest officially recognized temperature ever recorded on Earth. 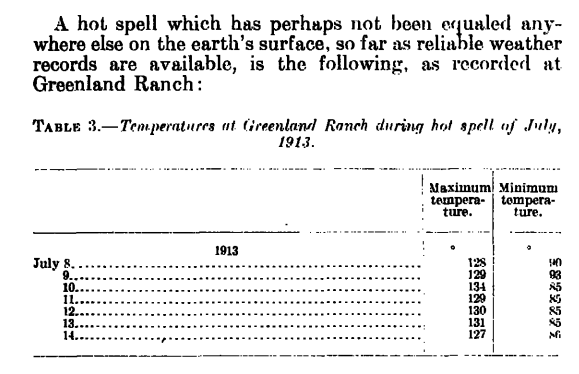 The heat wasn’t confined to California or to July. The US midwest had their second longest heatwave on record in August 1913, with 20 consecutive days over 100 degrees at Clinton, Missouri.

CO2 was at very low levels in 1913, indicating that heatwaves have nothing to do with CO2 levels. This of course doesn’t stop government funded scientists from lying about the topic, like they do about every other climate topic.

And according to NASA, 1913 was one of the ten coldest years on record.