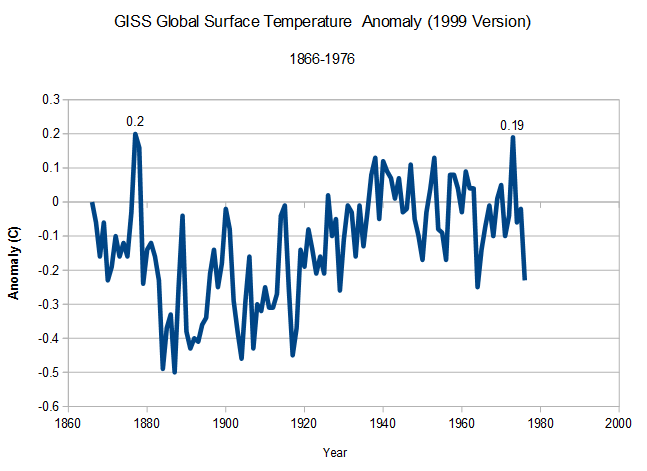 This didn’t suit NASA’s political agenda, so they eliminated all of the pre-1880 years and created a fake hockey stick. The next graph is an overlay of the two, showing how Gavin perverted the temperature record by tampering and elimination of inconvenient data. 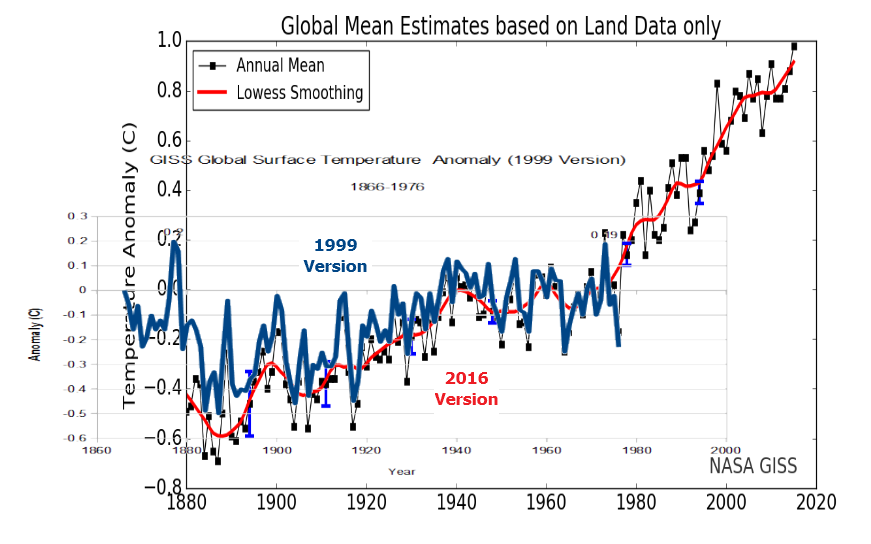 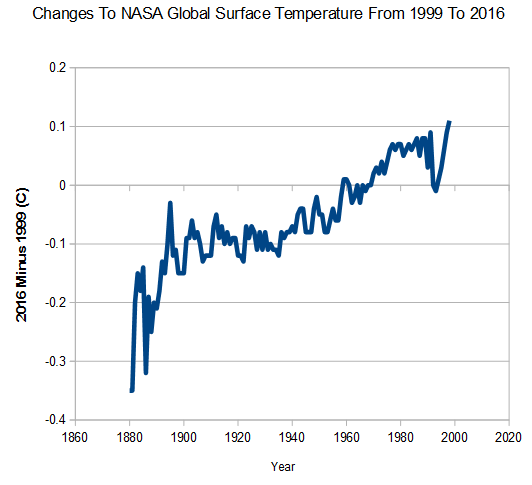 The surface temperature record is completely fake. It is politically driven junk science.