In 1970, the top government climatologist predicted a new ice age, and said Earth had been cooling for 6,000 years.

NASA and Columbia University predicted the new ice age would begin by the year 2020. 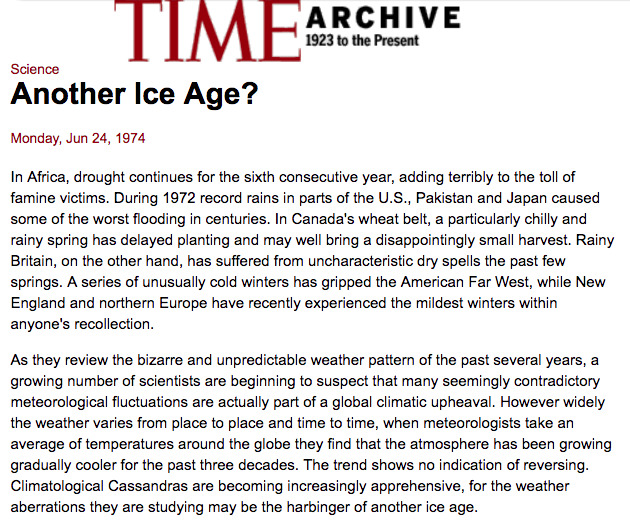 The BBC predicted the same thing.

Scientists and journalists now deny that any of these things occurred, and claim the exact opposite – because it is extremely profitable to lie about climate. NASA has since erased all of the post 1940 cooling.