2000 : Hillary Asked Trolls To Cover Up Her Anti-Semitic Remarks

In 2000, Hillary Clinton asked her trolls to send in fake angry letters to newspapers which had reported on her calling a staffer a “F*cking Jew Bastard.”

She was described as the most seedy, corrupt and shameless in history. 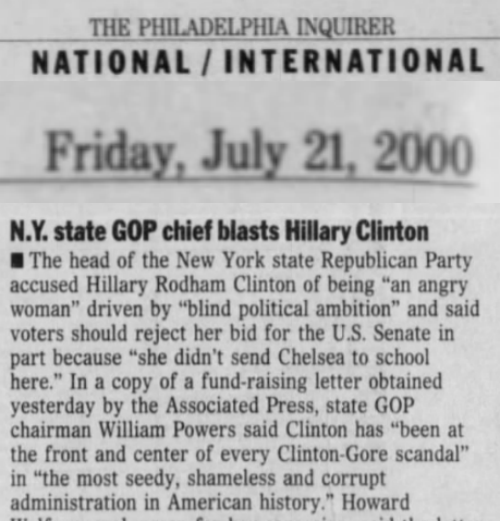 6 Responses to 2000 : Hillary Asked Trolls To Cover Up Her Anti-Semitic Remarks