US Hurricanes Continue Their Decline

The number of hurricanes striking the US peaked in 1886, and have been declining ever since – as CO2 has increased. 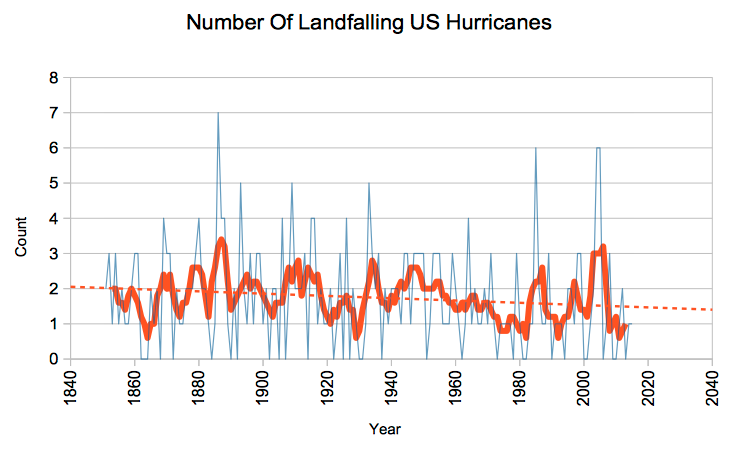 As CO2 has increased, the number of hurricanes hitting the US has decreased 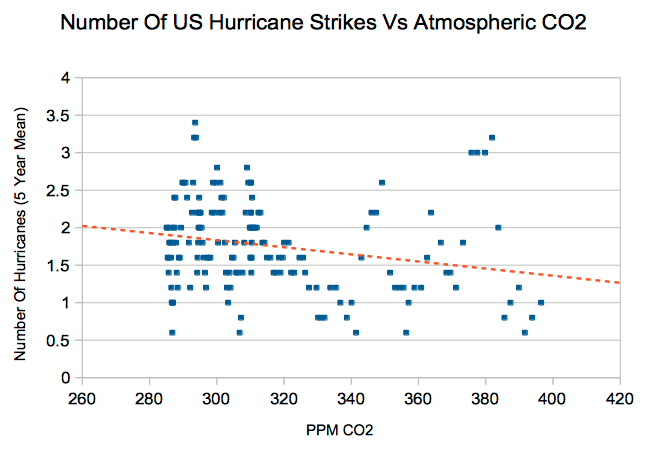 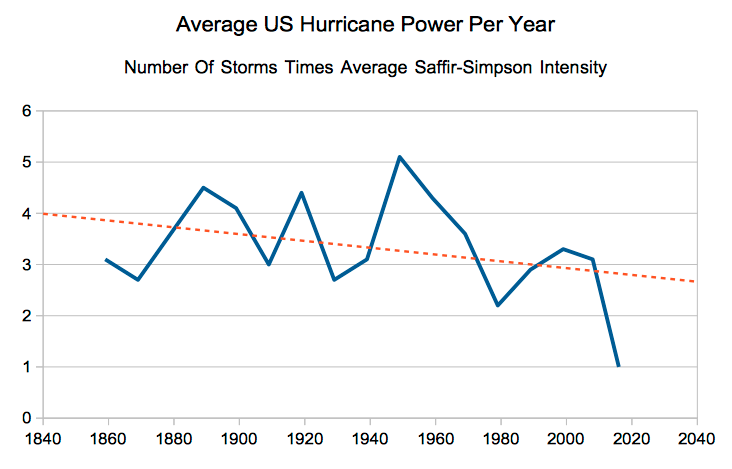 There is no evidence linking hurricanes to CO2, but that doesn’t stop scientists from lying about it.

22 Responses to US Hurricanes Continue Their Decline