The purpose of most polling is to manipulate public opinion rather than report it. Hillary’s campaign was a train wreck, and the press and pollsters did everything they could to discourage Trump voters. 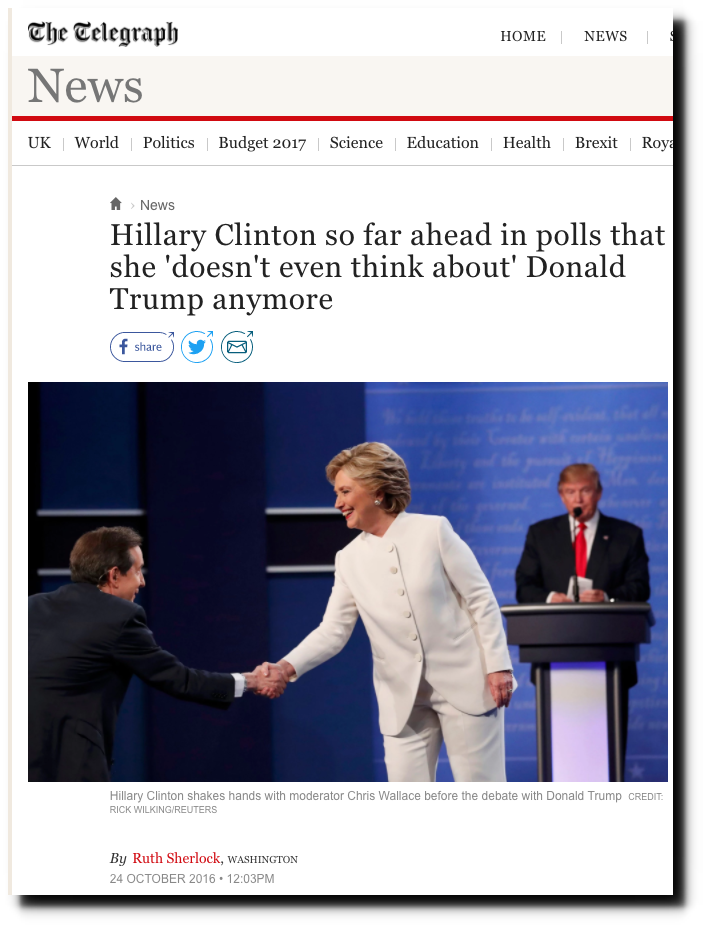